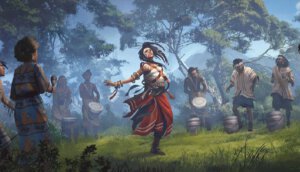 Hot on the heels of the announcement of the Pathfinder Lost Omens: Mwangi Expanse, a new adventure path has been revealed by Paizo Inc. Strength of Thousands will utilize that planned sourcebook and provide a Pathfinder tale which takes the characters from students to teachers to guardians of the Magaambya magic school. The campaign will take characters from 1st through 20th levels and will arrive in June 2021.

The Strength of Thousands Adventure Path is coming in July 2021! This six-part, monthly Adventure Path takes characters from 1st to 20th level. It’s set in the Magaambya magic academy in the Mwangi Expanse, the oldest and most prestigious magic school in our world. We’ve been looking to tell a “magic school” story for a long time, and we’re thrilled to tell a non-Western magic school story set in the Magaambya. In Strength of Thousands, the characters start as students, become teachers, and ultimately hold the fate of the school in their hands.

The name of this Adventure Path comes from a school motto; each teacher and student stands on the shoulders 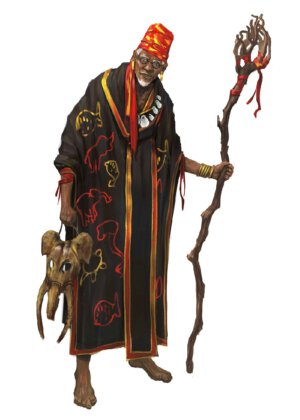 of thousands who have come before, so the weight of reputation and responsibility rests squarely on the heroes’ shoulders.

Strength of Thousands is open to characters of all kinds, but it’s a magic school, so some spellcasting ability is necessary. If you like playing fighters or monks or other non-spellcasting classes, don’t worry! We’re layering on additional spellcasting ability to all characters in this Adventure Path, so if you can’t normally cast spells, you get a little bit of spellcasting. If you are a spellcaster already, you get a little more. This makes the characters slightly more powerful than normal, but lets them feel like students in the world’s premiere magic school.

The adventures initially focus on the Magaambya, but soon expand to take place all over the Mwangi Expanse (and even beyond, in an interplanetary excursion!). The teachers at the Magaambya are also diplomats and guardians of the world, and we want the players to really feel that. You’ll undertake diplomatic missions in the dangerous city of Mzali, stage a rescue in the Sodden Lands, and uncover secrets lost for thousands of years.

Strength of Thousands gets tons of support in supplemental articles in each volume, including rosters of fellow students and faculty members and an academia downtime subsystem so characters get more skilled throughout their academic years as students (and as teachers). We expect Strength of Thousands to span many in-game years and thrill real-world players for a long time!