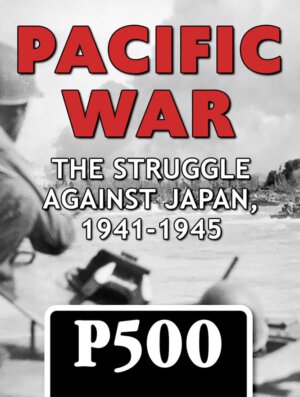 Mark Herman’s classic WWII game Pacific War: The Struggle Against Japan, 1941-1945 is about to receive a new edition from our friends at GMT Games. Players will be able to refight history across over 25 battle, campaign, and strategic scenarios throughout the Pacific theater. The game is for two players (with some multiplayer scenarios also), ages 14+, plays in an hour or more (depending on the scenario), and carries a P500 price of $89.00 with an expected MSRP of $125.00.

From Mark Herman and GMT:

In 1985, Victory Games published Pacific War. Reviewers at the time (for example, Fred Hellferich in his Fire and Movement review) felt this design set the standard for an operational/ strategic simulation of this globe spanning conflict. Over the last 35 years this game’s reputation has grown, with several failed efforts to get it back into print. Now that this design has finally come home (to GMT Games), I am here to tell you that this is the end of that publishing journey.

Pacific War is a Strategic wargame that takes you from the attack on Pearl Harbor to the climatic summer of 1945… from Australia to China… from Burma to Hawaii… from the defense of Wake Island through the invasion of Guadalcanal culminating in the desperate battles to defend the Japanese Home Islands.

For the first time in a Pacific Theater game, size, subtlety, and ease of play has come together in a game of sharp action and historical accuracy.

Players can become familiar with the layered Pacific War systems in the solitaire Engagement scenarios, then fight their way through increasingly panoramic Battle, Campaign, and Strategic two player and multi-player Scenarios. As they learn the game’s basic maneuver and combat systems, they will then layer on more advanced systems for Strategic bombing, submarine attacks on merchant shipping, search and detection, amphibious assaults, and extensive Operations driven by their command decisions.

Pacific War is a source of limitless challenge and excitement for anyone ever fascinated with the fury and vastness of the Pacific War.

Pacific War is also a time machine back to the halcyon days of the monster game. However, despite what you may have heard, Pacific War is NOT a monster game, but rather an operational World War II air-land-sea game system that lets you fight EVERY Pacific battle and campaign of significance. The original game came with 21 scenarios. This new edition will add at least half a dozen more. The game gains its monster game reputation from the fact that in order to fight all of these campaigns, you need a large number of counters (over 2000) that represent individual capital ships, cruiser divisions, destroyer squadrons, aircraft groups, and land units ranging from battalions to divisions to corps, with all units individually rated based on their historic performance. 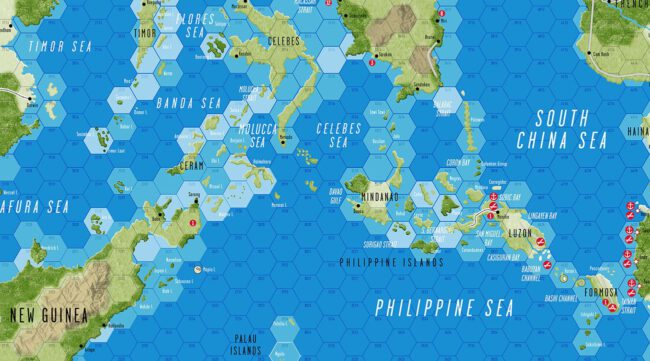