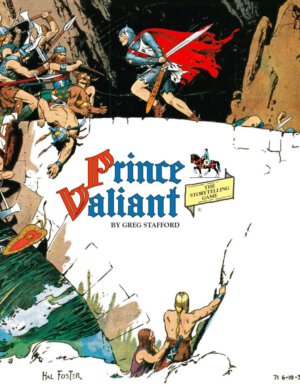 Following a very successful Kickstarter, the late Greg Stafford’s classic RPG Prince Valiant: The Storytelling Game is about to make a return to print by way of Nocturnal Media and Chaosium Inc. The game is inspired by Hal Foster’s amazing Authurian adventure comic strip (in continuous publication since 1937) as players utilize a very simple set of mechanics to orchestrate wonderful tales of derrynge do. The hardcovers for both the Prince Valiant corebook and the episode adventure book will carry MSRPs of $29.99 when they arrive early next year. Right now can score the PDFs for both books together for a nice bundle price of $19.92 from my friends at DriveThruRPG.

Outstanding for both beginners and experienced players, Prince Valiant The Storytelling Game is a roleplaying game set in the Arthurian world of Hal Foster’s masterpiece comic strip. The game is by world-renowned game designer Greg Stafford (Runequest, King Arthur Pendragon). Like the majority of Greg’s games, the original edition of this game released in 1989 was published by Chaosium, Inc.

This storytelling game features deliberately simple mechanics to make it more accessible to younger players. The ease of play allows players to cooperate and enjoy the social activity of collectively creating a story, a pastime made easier as players take turns as the Storyteller.

Hal Foster’s comic strip has been praised for its art, story, historicity, and humanity. Prince Valiant and the other characters are brought to life through Foster’s storytelling and stunning artwork. Greg Stafford vividly communicates the wonder and adventure of Prince Valiant in this new edition of his storytelling game, and players of the game find themselves continuing the traditions of the oral storytellers of old.

The text has also been updated. Though the game is already designed to be accessible to a wide variety of players, it nevertheless contains some portions that have been modernized. 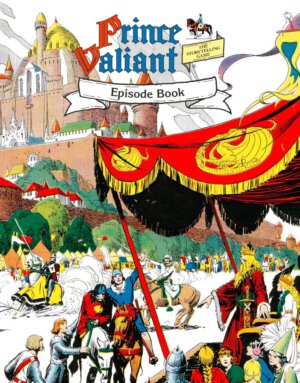 And the episode book?

A companion book to the Prince Valiant Storytelling Game, this scenario book features short scenarios that can be used by Storytellers to run adventures or inspire new and exciting stories of their own!