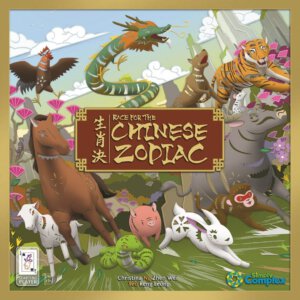 Next month will see the latest Capstone Games title arrive as Race for the Chinese Zodiac makes its way into stores. Based on Chinese mythology, the game features players trying to lead their chosen animal to victory as they race to determine who will have the first year on the calendar named after them. Race for the Chinese Zodiac is for three to five players, ages 8+, plays in 40 to 70 minutes, and will carry an MSRP of $39.99 when it arrives on September 18th.

Legend has it that, long ago, humankind was ignorant in knowing how to tell the years apart. The Jade Emperor decided to help out by holding a race involving all the animals on his birthday. The first twelve animals to cross the river and reach the Heavenly Palace will have a year named after them. The race became known as The Great Race, and the twelve-year cycle was named the Chinese Zodiac.

Race for the Chinese Zodiac is a board game that recreates The Great Race! Pick your favorite animal, and race with other animals. Earn karma and gather energy during the race. Put these to good use, and take desired actions to race ahead of other animals. But beware, for the other animals are plotting to do the same. Outwit them and earn extra movements at their expense. Get outfoxed and lose valuable movement to them instead. The first animal to complete the race earns the coveted right of having the first year of the Chinese Zodiac named after it! 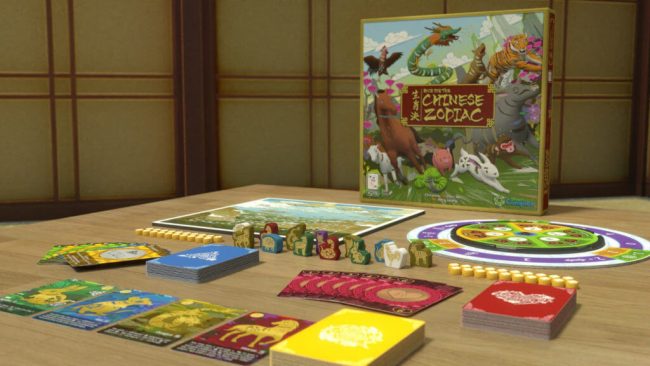 Warhammer Age of Sigmar Soulbound: Shadows in the Mist is Available for Preorder