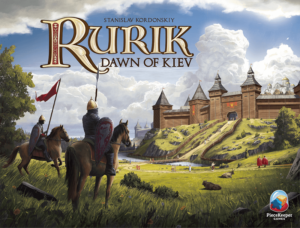 Following a successful Kickstarter, PieceKeeper Games are bringing the historically themed strategy game Rurik: Dawn of Kiev to the public. Step backwards in time to the 11th Century as each player will take on the role of a worthy successor to Vladimir The Great looking to prove their worth to become Grand Prince/Princess of the Russian peoples. The game is for one to four players, ages 13+, plays in one to two hours, and will carry an MSRP of $89.99 when it hits stores in November.

The land of Kievan Rus is in turmoil following the death of Vladimir the Great in 1015. The people need a capable ruler to inspire and lead them. Vladimir’s children are embroiled in a fierce power struggle to rule as the next leader of Kievan Rus.

You play as one of several potential successors to the throne, and although deploying your troops for warfare seems to be the easiest path for success, the people value a ruler who leads well in a variety of endeavors. Establish your legacy by constructing buildings and performing great deeds or pursue your own agenda by ruling large areas of land and collecting tribute. Will you win over the hearts to become the next Grand Prince or Princess of Kiev? 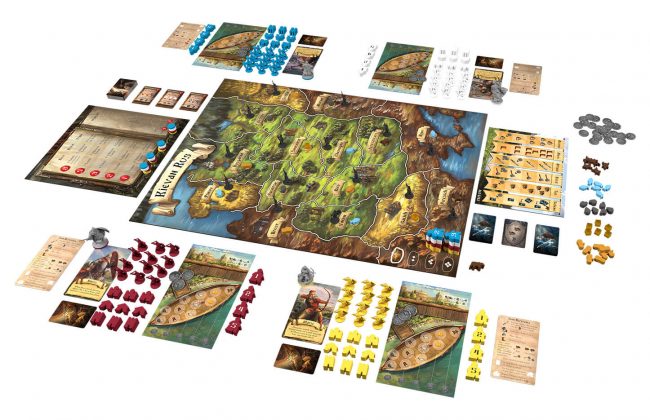