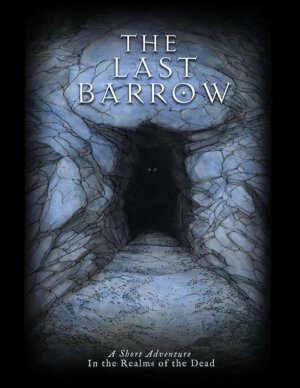 Aegis & Gorgon have released an interesting looking fantasy roleplaying adventure in PDF. The Last Barrow invites the player characters to investigate a long forgotten burial mound. The 104 page adventure (designed for 5E, Runequest, and A&G’s Artesia RPG) is available at DriveThruRPG for $8.00.

In ages long past someone built a barrow for a prince, and laid him to rest–or so they thought. The bodies of his wife and a few of his descendants found their way there as well before the barrow fell into disuse and was in time forgotten. And now, perhaps, after centuries have slipped by, the hour may have arrived for the prince to return, and with him relics of great power.

Set in the Known World–setting of the ARTESIA graphic novels and the novel THE BARROW–but suitable for use in almost any fantasy world with minimal adaptation, THE LAST BARROW details the paths to a hidden barrow mound, the stone circle that sits atop it, its various contents, and the dark presence that awaits within. It includes several appendices with statistics and suggested rules to allow use of the scenario with:

A digital art and map pack is also included as a separate download, for use as handouts to players. 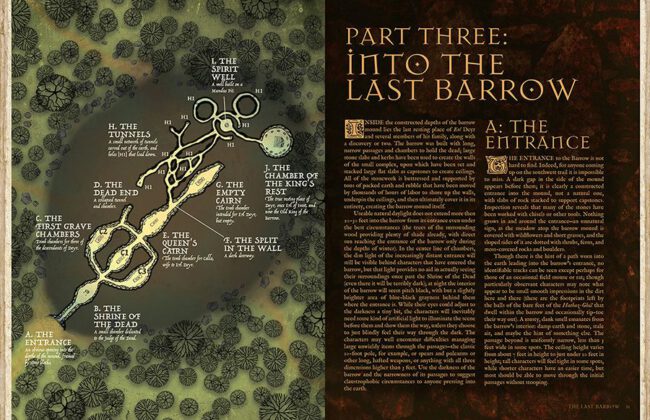