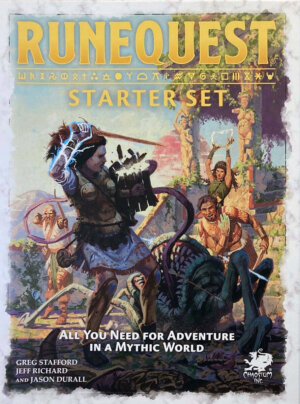 2:19 Diving into the RuneQuest Starter Set
20:02 Final thoughts and review score
22:56 Wrapping up
TGG REVIEW
10 TGG SCORE
0 VISITORS' SCORE (0 votes)
Summary
Once again Chaosium Inc creates an RPG starter set and knocks it out of the park. The RuneQuest Starter Set is not only packed with value but also with plenty of hours of gaming. I especially appreciate the approach to the rules presentation which makes some of the trickier concepts of the game mechanics simple to understand. A top notch product which is a must have for anyone with any interest in the world of Glorantha and the RuneQuest system.
REVIEW SCORE
What people say... Leave your rating
Sort by: