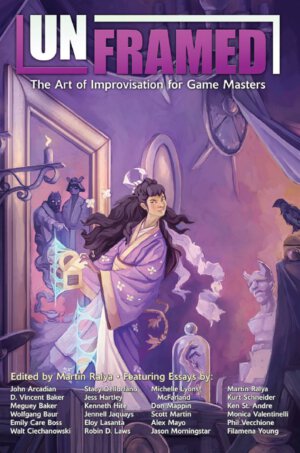 Bundle of Holding has brought back a great selection of PDF’s aimed at Game Masters in one of their latest offerings. The Worldbuilders Toolkit #3 is jam packed with info and advice for GM’s to up their game (pun intended) and you can get on board for as little as $9.95.

Adventurer! We’ve resurrected our Worldbuilder’s Toolkit 3, the December 2015 installment in this popular series presenting gamemastering texts that help you create and run a tabletop roleplaying campaign. For just US$9.95 you get all three titles in this revived offer’s Starter Collection (retail value $50) as DRM-free .PDF ebooks: Never Unprepared, where Gnome Stew’s Phil Vecchione shows how to prepare games faster, avoid pitfalls, and have a more relaxed kind of fun; and two volumes in the Magical Society series from Expeditious Retreat Press — Ecology and Culture (map your world using tectonics, ecological conflict, and historical patterns of cultural development) and Silk Road (next, develop realistic overland trade routes and a trade system with over 1,000 goods).

And if you pay more than this offer’s threshold price of $18.69, you’ll level up and also get this revival’s entire Bonus Collection with five more titles worth an additional $52.50: