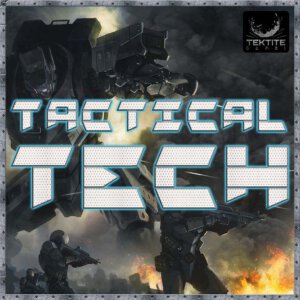 Tektite Games is releasing a science fiction battle game in early 2022. Players will fight each other across asteroid mining facilities in Tactical Tech. The game is for two to four players, ages 12+, plays in around 90 to 120 minutes, and will carry an MSRP of $49.99 when it hits stores in January.

Humankind has advanced dramatically since the industrial revolution of commercialized outer space. With so many living off Earth, a new calendar was created: the Cosmic Almanac System, or “CAS”. The current year is 64 CAS. Legally, there are no governments controlling outer space, only special interest groups called Factions. These Factions are funded by governments and big tech corporations. They have only one purpose: mine the asteroids, by any means necessary…

Factions will either find abandoned mining facility or build new facilities on asteroids. They mine the minerals and sell them to their investors back on Earth in order to buy the latest technologies. They purchase technologies such as military grade 3D printer blueprints, artificial intelligence, advanced weaponry, nanotechnology, tactical body suits and even teleportation.

You will start out with a Command, a Fighter, and a Miner. Start earning mineral cards, moving units out on the field, purchasing more units and structures. Build portals to quickly jump units across the board. Then, strategize how you will defeat the opposing players. You can also team up in a 2 vs 2 match and share portals. There are also research upgrade cards, and special cards for manipulating the board.

Unboxing and First Look at Undaunted: North Africa on The Gaming Gang Dispatch #730