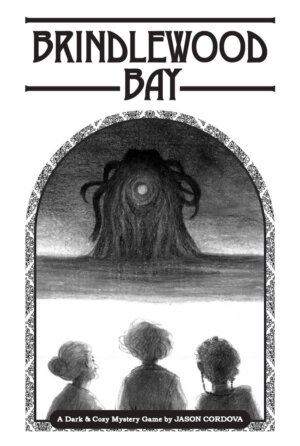 Bundle of Holding has released a new money saving offer and it features plenty of great indie RPG goodness. You can grab the Indie Cornucopia 8 starter collection for $12.95 and score Brindlewood Bay, Miserable Secrets, and Upwind. Go all in and also get copies of Glitch 0th Edition, Thousand Year Old Vampire, Flotsam: Adrift Among the Stars, and Flying Circus. These savings will run through December 14 and ten percent of your payment (after gateway fees) will be donated to this offer’s pandemic-related charity, Direct Relief.

Adventurer! In time for the American Thanksgiving holiday, we present this Indie Cornucopia 8, our eighth annual collection of top-quality small-press tabletop roleplaying games. For just US$12.95 you get all five complete games in our Starter Collection (retail value $48) as DRM-free .PDF ebooks:

And if you pay more than the threshold price of $25.54, you’ll level up and also get our entire Bonus Collection with four more RPGs worth an additional $74: