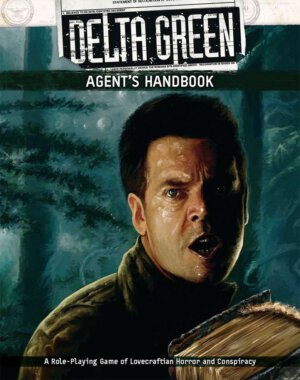 Just in time for Halloween, Arc Dream Publishing and Bundle of Holding are teaming up to save you dough on just about every modern Delta Green release in PDF. Currently there are two bundles; the Delta Green RPG bundle features the core books and vintage scenarios while the Delta Green Operations bundle focuses on the most recent adventure releases for the award winning horror RPG. You can snag these savings through October 28th and ten percent of your purchase (minus gateway fees) will benefit Human Rights Watch.

Agent! This resurrected and renamed Delta Green RPG Bundle (originally presented in June 2018 as “Delta Green +2”) is one of two offers now in progress featuring Arc Dream Publishing’s tabletop roleplaying game of modern-day Cthulhu Mythos conspiracy-horror, Delta Green. In both its Pagan Publishing version as a Call of Cthulhu campaign setting (previously presented in our March 2014 Delta Green Pagan Bundle) and in this standalone incarnation, funded in a smash September 2015 Kickstarter campaign, DG’s compelling mix of conspiracies, UFOs, intelligence tactics, and Lovecraftian terror has brought it unsurpassed praise. This revived collection once again gives you DRM-free, non-watermarked .PDFs of the Delta Green Agent’s Handbook and Handler’s Guide rulebooks, plus many operations (scenarios) and fiction, for an unbeatable bargain price.

For just US$12.95 you get all three titles in this revived offer’s Agent Collection (retail value $40), including the Agent’s Handbook (plus the Need to Know quickstart rules and other play aids) and two Delta Green fiction collections: Tales from Failed Anatomies by DG co-creator Dennis Detwiller (funded partly through his Patreon campaign) and the anthology Extraordinary Renditions, with stories by Kenneth Hite, Gareth Ryder-Hanrahan, all the original DG creators, and many more.

And if you pay more than this offer’s threshold price of $26.10, you’ll level up and also get this offer’s entire Handler Collection with four more titles worth an additional $65, including the DG Handler’s Guide rulebook and Handler’s Screen reference charts, the six-scenario collection A Night at the Opera, and the ready-to-play introductory scenario Kali Ghati. 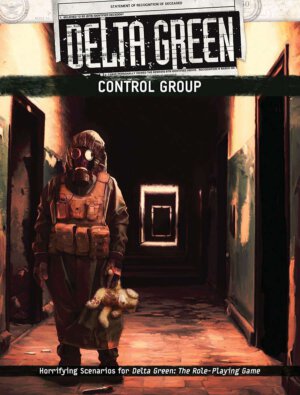 For just US$7.95 you get all ten titles in this offer’s Starter Collection (retail value $40) as DRM-free .PDF ebooks, including three tense DG operations — The Last Equation, Lover in the Ice, and Sweetness — along with the many pregenerated player characters in the Agent Dossiers, three recent issues of The Unspeakable Oath magazine (which include four more Delta Green operations), and three fine works of DG fiction and drama: Down in the Delta, The Way It Went Down and In the Court of the Yellow King.

And if you pay more than this offer’s threshold price of $19.63, you’ll level up and also get the eleven additional operations in this offer’s Bonus Collection with six more titles worth an additional $51, including the recent scenario collection Control Group; a brand-new compendium of government agencies, The Complex; and three full-length operations (Future/Perfect Part 1 and Part 2, and A Victim of the Art), plus The Unspeakable Oath issue #25.