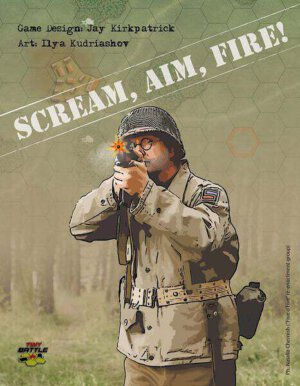 Scream, Aim, Fire! is the latest WWII wargame from designer Jay Kirkpatrick and Tiny Battle Publishing. Set in the aftermath of D-Day, the solo game tasks the player with leading a push from American armor and infantry. The game is for one player, ages 14+, plays in around an hour, and carries an MSRP of $36.00.

Scream, Aim, Fire! is a solo tactical game of squad-level combat in the immediate aftermath of D-Day. The player takes the part of American infantry and armor pushing inland to take objectives, using a dice-roll action system that gives you a guaranteed number of actions each round, but not always of the exact type you need. A card-driven action system manages the German defenders, including veteran units, machine-gun nests, and even tanks. Victory is based on objectives and American Morale score, and game complications include lack of supplies and surprise German reinforcements, so even on the edge of victory, it pays to be cautious. But with a time limit on every scenario, not too cautious. With five scenarios of increasing difficulty and complexity, Scream, Aim, Fire! is a challenge you will have to rise to and a challenger that is always ready for you. 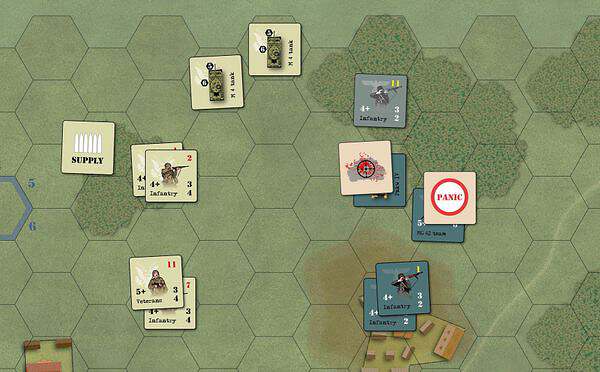