As folks were excited to get their hands on the first expansion to Asmodee Editions’s 7 Wonders at Origins just as quickly word was spreading of errors in coloring to the cards. It turns out that 7 Wonders: Leaders, released by Belgian game publisher Repos Production, has issues with the new guild cards and the Rome wonder being miscolored and not matching the original game card backs. I could see that being a major issue for people who eagerly snatched up copies of the expansion!

Repos is aware of the situation and will be sending out replacements to your local game stores – can you say logistical nightmare? – so you’ll be able to bring in the miscolored cards for replacement. Hopefully, the good folks at Asmodee will also put in place a system for those who bought the expansion through the Canadian company. I’d take a stab that Stefan and the gang at Asmodee will make sure that they take care of their customers. 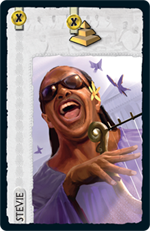 No word as to when the replacements will be printed but, rest assured, we’ll let you know as soon as we find out!