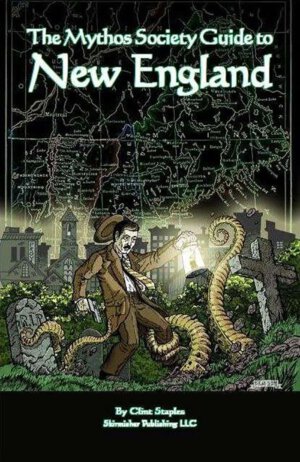 Skirmisher Publishing is offering nine digital roleplaying supplements, values at nearly $30.00, together in a bundle for the bargain basement price of $2.99 on DriveThruRPG. I must admit the collection, called the March Mayhem Bundle, is a bit of a hodgepodge mix but at that price there should be some items you can incorporate into your games at a tiny price.

Skirmisher Publishing is pleased to announce the release of a special 90% off March Mayhem customer appreciation bundle! If we had anything with Leprechauns they would surely be in this bundle, but we don’t, and so instead it contains nine titles worth nearly $30, unified only by the fact that all if their names start with “M,” for just $2.99.

We very much hope you enjoy all of them! And if you only end up using one or two of them then you will have still gotten a great deal.