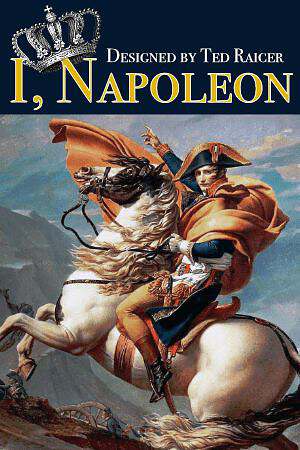 An very interesting looking solitaire wargame is up for preorder on the GMT Games P500. In I, Napoleon the player will take on the role of the young Corsican as they aim to restore the glory of France. The game is for one player, ages 14+, and carries a P500 price of $49.00 with an eventual MSRP of $70.00.

I, Napoleon is a solitaire historical role-playing card game in which you step into the boots of Captain Buonoparte (as he still was) in the year 1793. Louis XVI has just gone to the guillotine, the brothers Robespierre control the destiny of France, and all Europe has joined French Royalists to take down France, end the Revolution, and restore peace and safety for the hereditary principles that have underlain society for 1,000 years.

As an ambitious but unknown young artillery officer, who speaks French with a Corsican accent, you would seem to be an unlikely agent of destiny. Can you harness a brilliant mind, titanic energies, and a sometimes terrifying charisma to leave your mark on history? Or will you die a minor footnote in the story of France?

In I, Napoleon, your fate lies in 220 beautifully illustrated cards, divided into three decks: Commander, First Consul, and Emperor. Overlaying a map of early 19th Century Europe are a series of Card Boxes, where you play out the events of your life and career, along with various tracks and tables to record the yearly passage of time and the events affecting yourself and France. The choices you make with the cards you are dealt will determine success or failure. You will have to manage politics, military campaigns, diplomacy, and the domestic well-being of the French while pursuing the Glory that lures you on. You will also have to manage your family, your wives, your mistresses, and your children, legitimate and otherwise.

Your path may lead you from the Americas to the Near East, from Spain to Russia, from a throne to exile. You will be the target of assassins, coups, and coalitions. You will deal with bad harvests and plague, face Wellington and Nelson, Kutuzov and Blucher. You will rely on—and perhaps be betrayed by—the slippery Talleyrand and unleash the secret policemen Fouche on your opponents. As you progress, your options will increase, along with the stakes.

Lead your men into battle and risk an early end to your life? Sail to Egypt or Ireland? Sell Louisiana or send an army to hold it? Marry a Habsburg or a Romanov? Create the Duchy of Warsaw or revive the Kingdom of Poland? Invade Russia or try to pacify the Tsar? Every choice will affect your legacy.

But there is not one version of a life here, but many. Every game will provide a different narrative, based on both luck of the draw and the decisions you make. In addition, you can start the game as a Commander, as First Consul, or as Emperor, each with its own starting situation and challenges. The story is yours to discover, and the decisions you make may just change the course of history. 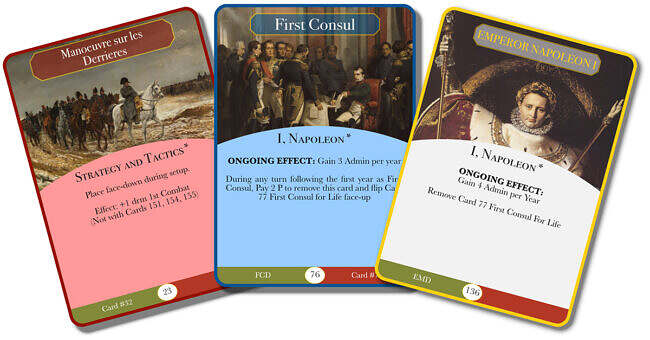