The initial releases of the Starfinder Battles pre-painted miniatures line will arrive this summer from Paizo Inc and WizKids. The two initial boxes are titled Heroes and Monsters and will contain six minis each. The sets will carry an MSRP of $34.99 when they hit stores in July.

Set thousands of years in Pathfinder‘s future, Starfinder is a science-fantasy roleplaying game designed to bring you a whole new universe of adventure. Play alien races both new and familiar as you explore the mysteries of a ever expansive galaxy. Will you be an Android Operative fulfilling corporate contracts or a plucky Y’soki Mechanic? A spellhacking Lashunta Technomancer or a rakish Human Pilot? Countless worlds are waiting for you and your intrepid crew!

The world of Starfinder puts you and your friends in the role of a ragtag starship crew exploring the mysteries of a weird, science-fantasy universe. Each of these sets contains 6 miniatures that represent characters from the Starfinder universe. 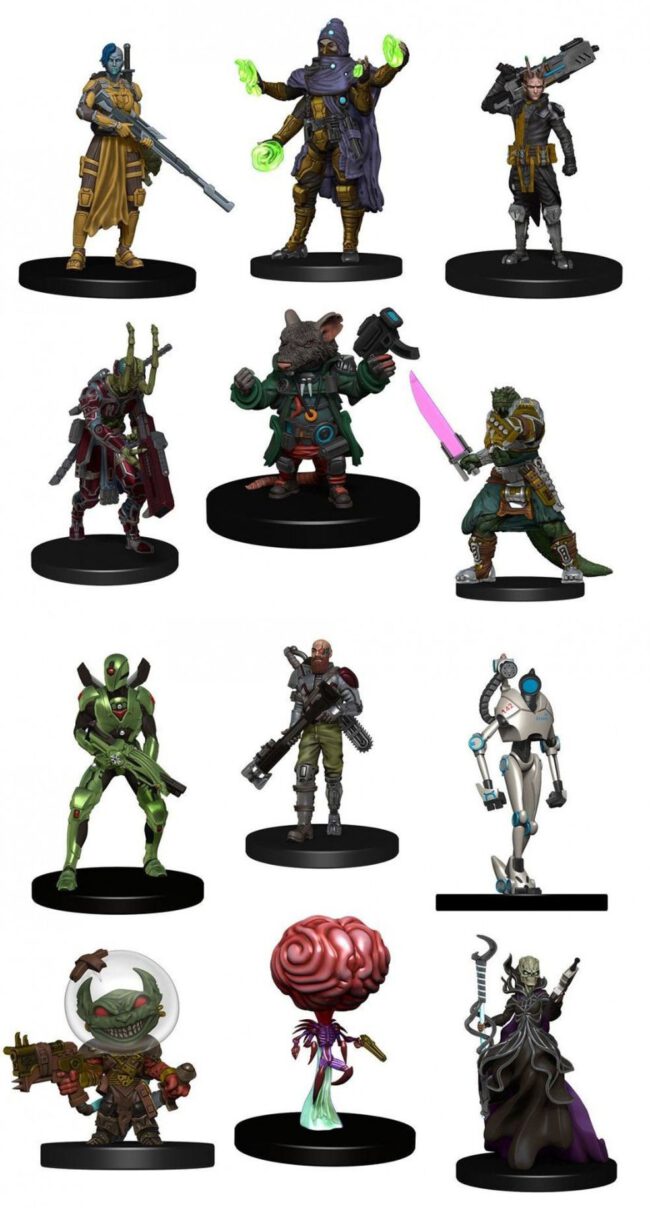