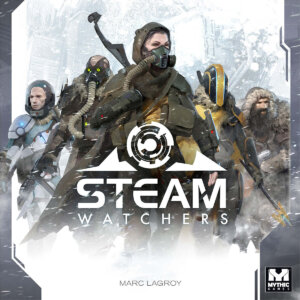 Following a successful Kickstarter, Mythic Games has opened preorders for Steamwatchers. In the game, designed by Marc Lagroy, players will lead their nomadic factions to survive and thrive across a Europe blanketed by an ice age. The game is for two to five players, ages 14+, and plays in around 90 minutes to two hours. Right now you can preorder the core game, for a limited time, at the Kickstarter price of $89.00.

Steamwatchers unfolds in a frozen Europe, broken by an ice age that followed a brutal water level increase. In those hostile conditions, nomadic clans struggle to survive with the regular and puzzling outbreak of steam columns everywhere on the continent. These columns are a testament to intense subterranean heat sources. They free earth from the grasp of ice and allow mankind to grow food once again. These oases of heat are vital for survival…and, unfortunately, only transient. To make things worse, a strange sickness spreads around them: The Bane. It affects both mind and body, and to this day, no cure has been found. Handling it is necessary to the survival of the clans. 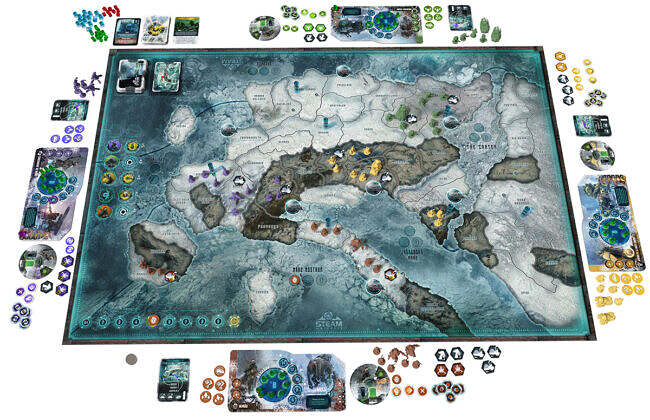