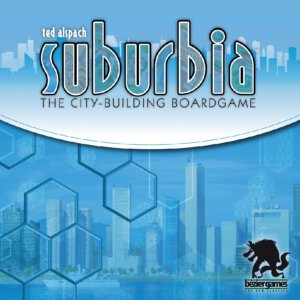 A new edition of Suburbia is coming this month from Bézier Games. In the game, designed by Ted Alspach, players will look to grow their small boroughs into metropolises. The second edition of Suburbia is for one to four players, ages 14+, plays in 60 to 90 minutes, and will carry an MSRP of $69.95 when it arrives March 24th.

Plan, build, and develop your small borough into a major metropolis. Use hex-shaped building tiles to add residential, commercial, civic, and industrial areas, as well as special points of interest that provide benefits and take advantage of the resources of nearby boroughs.

Suburbia is a tile-laying game in which each player tries to build an economic engine and infrastructure that will be self-sufficient, and eventually become both profitable and encourage population growth. As your income increases, you’ll have more cash to purchase better buildings, such as an international airport or a high rise office building. As your reputation increases, the population will grow as well.

The player with the largest population wins! 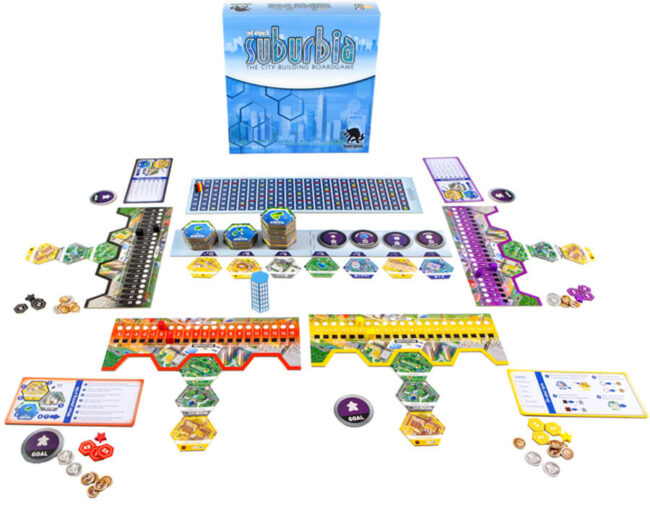