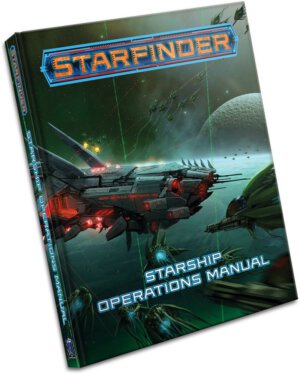 Paizo Inc has revealed the next major hardcover release for Starfinder is planned for Summer 2020. The Starship Operations Manual will include tons of new systems and weapons to custom tailor your own ships as well as dozens of starship model stats which are ready to go out of the book. The hardcover book should release on Gen Con 2020’s opening day, July 30th, and carry an MSRP of $39.99.

The Starship Operations Manual puts you at the controls, offering bold new ways to present starship combat, from dogfights in planetary atmospheres to daring chases through asteroid fields to pitched battles between huge fleets. New rules allow crewmembers to get even more out of their skills and feats, unlocking thrilling critical success results that add excitement to starship combat. Take your adventures into the great unknown and beyond with the Starfinder Starship Operations Manual!