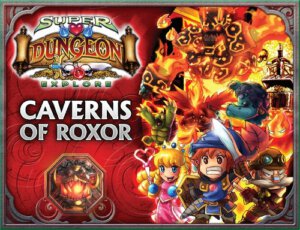 This October fans of the super deformed/anime inspired fantasy miniatures game Super Dungeon Explore will have plenty of new figures to add to the action. Caverns of Roxor will include 31 new fully assembled minis as well as new game components and carries an MSRP of $59.99.

Into the Fiery Depths! Delve into the next level with Caverns of Roxor, the first major expansion to Super Dungeon Explore. Expand game play for both Hero and Consul players, and build your battle strategy with new monsters, heroes, and treasures. This expansion includes:

A First Look at ‘Wreck Age: Second Edition’ on The Daily Dope for February 19th, 2018