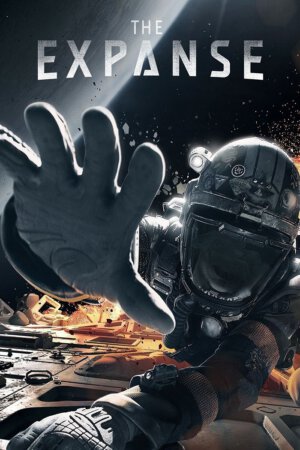 The hit SyFy series The Expanse is about to practically come full circle by becoming a board game from WizKids; the research for the books – upon which the show is based – was originally to be the basis for a MMORPG, then a private forum RPG, and finally authors Daniel Abraham and Ty Franck (collaborating under the pen name James S. A. Corey) went the route of writing the novels and novellas. WizKids revealed plans to release The Expanse last month but now we’re starting to get a few more details about the game.

The Expanse will accommodate two to four players who each take command of Earth’s UN forces, the Mars milatry, the rebel belters of the O.P.A. or the mysterious corporation Protogen Inc. The game will be card driven and early indications are that play is somewhat similar to that of the GMT’s excellent Twilight Struggle. Each faction will also possess special abilities and even be able to call upon the Rocinante and her crew for assistance. Players will use action points and events to gain influence and maneuver fleets as they vie for control of the solar system. The Expanse, designed by Geoff Engelstein, will be available this June and carry an MSRP of $49.99.

Now that we have a board game of The Expanse on the horizon we can only hope a lucky roleplaying game company can convince Abraham and Franck license the property out as an RPG.