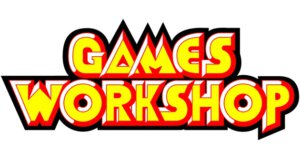 While Games Workshop is trying to put a brave face on the 10.4% drop in revenue over a six month period ending December 1st, 2013 – compared to that same time period in 2012 – investors are understandably concerned as GW stock value has dropped by 24% as well. Games Workshop is indicating the loss of revenue is tied into “the rapid transition from multi-man stores to one-man stores and the reduction of hours across the Group caused disruption in our retail chain.”

Revenue is down in all sales markets including North America (-15%), the U.K. (-12.2%), Continental Europe (-14%), Australia (-18%), and Asia (-18%) during the aforementioned six month period. That time frame also saw the opening of twenty seven new stores as well as the shuttering of twenty stores. GW Chairman and acting CEO T H F Kirby states the company now has “costs under control” and “margins remain strong.” Kirby also indicated the move to stores operated by a single individual “insures that new openings are profitable.”

The reality is GW continues to lose market share around the globe, especially in North America, due to two factors: A) Changes to how retailers can order and restock GW products have made carrying GW lines a bigger headache and even less profitable for independent game stores and, B) Many new competitors offering vibrant and affordable alternative systems which have grabbed the imagination of miniature gamers while GW continues to rehash and repackage offerings in what appear as nothing more than attempts to bleed customers’ wallets dry.

While GW continues to release interesting and high quality miniatures, their treatment of independent retailers, insane pricing model, and seeming constant cash grabs will only accelerate the downward trend of the once rock solid company.

First Looks at Warchest: Nobility and Warchest: Siege on The Gaming Gang Dispatch #646

Middle-earth Battle Game: Quest of the Ringbearer is Now in Print