Coming in March is the follow up to last Summer’s hit AEG release Smash Up. The Smash Up: Awesomeness Level 9000 expansion features four new factions to add to the shuffle building action. The expansion features 4 all-new distinct factions that you can mix and match to defeat your opponents. Try them with the Core Set to create exponential new combinations!

Killer Plants – Better deal with these guy fast, leave them alone and they’ll grow all over the place… like weeds! *rimshot*

Ghosts – Unlike just about every card game in history, Ghosts benefit from having less cards in your hand. Can you be immaterial?

Steampunks – Can’t leave a good base alone, the Steampunks will add new abilities to bases to help your strategies.

Bear Cavalry – What’s scary? A bear. What’s really scary? A cossack riding a bear! Bear Cavalry will use fear to drive opposing minions away to other bases.

Combine these groups into teams of two for various effects!  Smash Up: Awesome Level 9000 also contains 8 new Base cards to compete over.

Here’s a peek at some of the upcoming cards in Smash Up: Awesome Level 9000: 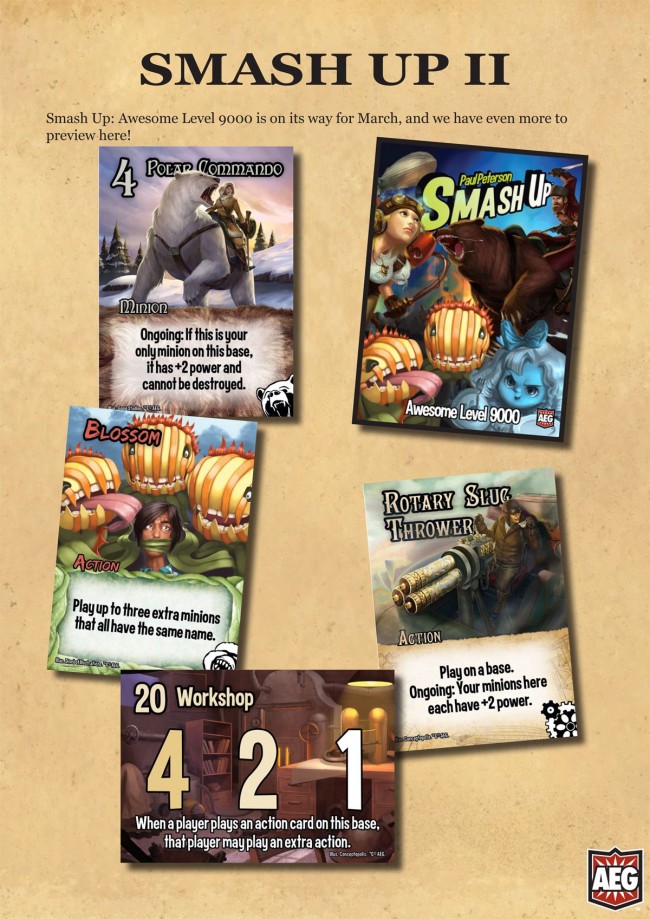