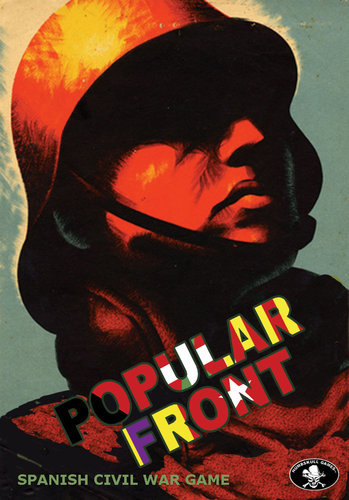 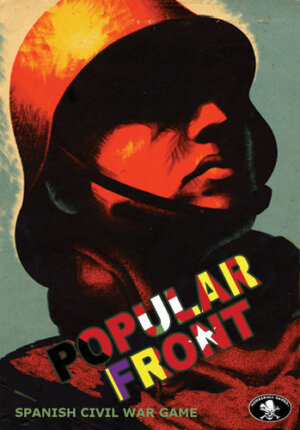 You don’t run across very many games that are devoted to the Spanish Civil War of 1936-1939. Outside of España 1936 (which immediately jumps to mind), a couple of miniature rule sets I had years ago (whose titles don’t jump into my head at all), and a GMT game in their P500 pipeline you don’t have a lot of choices when it comes to gaming the conflict. As someone who plays wargames, I’m surprised a war which set the stage for the fast approaching WWII isn’t seen much as a theme in game designs. I know the Spanish Civil War is still a very controversial subject in Spain itself – and I’m not here to talk about the politics involved or the atrocities committed by both sides – but I can’t think it could be any more controversial than the Second World War could be. Or any other war in fact! Yet there are thousands of board games devoted to just about every aspect of WW2.

Numbskull Games and designer Patrick Stevens have brought a new title to the table that puts the Spanish Civil War in focus and it’s called Popular Front.

“Over all of Spain, the sky is clear.”

On July 17, 1936, this phrase was broadcast throughout Spain, signaling the beginning of the Spanish Civil War, one of the bloodiest civil wars of the modern era, and what could be considered the beginning of World War II. Within a day, one third of Spain was under the control of Nationalist forces attempting to stage a military coup. Over the next three years, what began as a military rebellion evolved into the physical battle lines of the much larger ideological conflict spreading across Europe between Fascism and Communism.

I’ve just received a copy of Popular Front and I’ve given it a few plays so far but I’ll be waiting to get a game or two in with Elliott, while I’m in Chicago this coming week, before getting into a review. You can look forward to a TGG review in the next week or so!

Popular Front recreates this conflict in 90-minute strategy game form, leading players to compete against their ideological counterparts not only for military positioning, but for political victory. Players must be concerned about the position of their forces on the board, but the composition of a player’s hand will affect their success in combat more often than not. Plays with two, four, or six players split into two teams. Players each have an identical 20-card deck (with unique, original propaganda posters actually used in the war) that results in the use of your cards being more important than the luck of the draw. Strategic thinking, trickery, teamwork, and a dash of courage are what lead to victory in Popular Front.Players:  2, 4, or 6 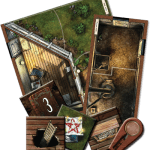