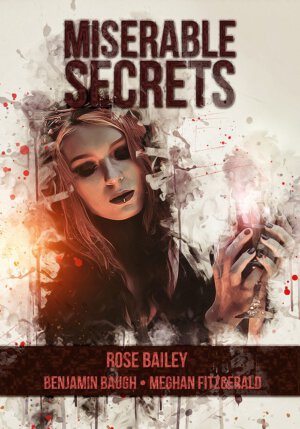 While plenty of roleplayers are eagerly anticipating the release of the 5th Edition of V:tM, there’s another recent vampire release which caught my eye. Miserable Secrets, from Fantasy Heartbreaker, is an RPG set in a dystopian future in which humanity is ruled over by vampire nobles. I have to say the setting certainly strikes me as an interesting mash up of horror and crime noir. Right now you can score the 212 page PDF from DriveThruRPG for $14.99.

Live gothic action and noir investigation in the world of Miserable Secrets!

Then …the Noblesse stormed out of the east, carrying the banner of the Savior and destroying the Machines that held humanity in brutal thrall.

Now …the Noblesse demand their own tithes, and must be paid in blood. They rule from great castles and grand cathedrals, drinking their holy communion from mortal veins.

Famine is rare, and villages thrive, yet all is not well in Christendom. You……are a bastard or a second child or a heretic or worse. You are righteous, monstrous, forever wandering.

Everywhere, you are driven to find the truth. You dig bodies from the ground, you face beasts called by sin. You know warm embraces, and the price of a soul. You fight fear. You are driven by hope. You find… MISERABLE SECRETS

Miserable Secrets takes place in a gothic, ruined future ruled openly by the vampire elite. Equal parts Philip Marlowe and Simon Belmont, you’ll root out corrupt truths… and then decide what to do about them. In the process, you’ll face down monsters both demonic and human.

Miserable Secrets uses a unique, card-based system that integrates investigation with combat, and makes both tactical.

Each of your character’s abilities has a special function in both investigation in combat… and so do those of your foes.

When you investigate, you’ll rely on your memory and abilities to uncover secrets from the clue grid, building your hand for use in battle.

When you do battle, you’ll use cards to power up and take action in platformer-inspired hit-and-run combat.