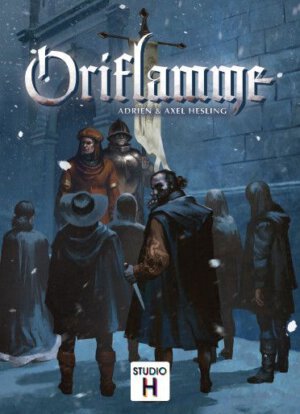 This February, Studio H Games will be releasing a new card game which looks interesting. In Oriflamme, players will compete for power and influence as each leads a family hell bent on claiming the throne of the land. The game is for three to five players, ages 10+, plays in around 20 minutes, and will carry an MSRP of $19.99.

In Oriflamme, the players find themselves in the middle of a medieval feud over the French royal crown. The King is dead! Long live the King! As heads of influential families, the players strive to come to power with cunning and malice, power and strength, virtue and infamy. Their goal: the king’s throne!

In the tactical card game, hidden cards are played in turn. By tactically uncovering and activating their effects, players can outdo or get them out of the way, because all players have the same goal in mind — to collect the most influence points for their family and thus win the game. 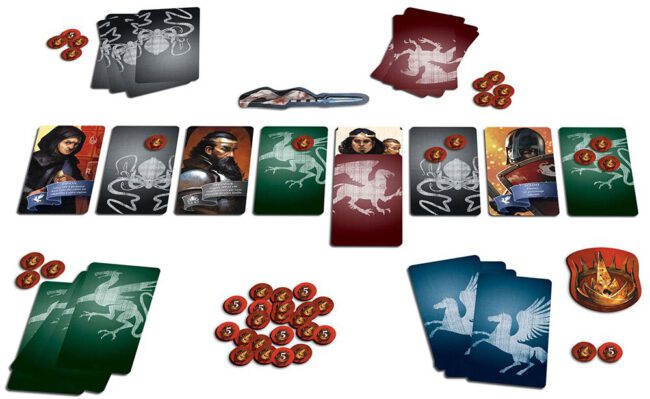