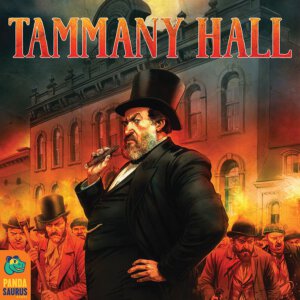 The classic political game Tammany Hall, designed by Doug Eckhart, returns with a new edition from Pandasaurus Games. In the game, players vie for New York voters – of various ethnic groups – as each candidate looks to take hold of power over the city through corruption and dirty dealing. Tammany Hall is for three to five players, ages 8+, plays in around 90 minutes, and will carry an MSRP of $49.99 when it arrives September 16th.

You can check out my review of the Stratamax edition of Tammany Hall right here.

The critically lauded and gamer adored classic is back due to overwhelming demand! Tammany is a game of backstabbing, corruption, temporary alliances, and taking power at all costs. This new edition contains updated artwork and shiny, new meeples.

Tammany Hall is a game of backstabbing, corruption, temporary alliances, and taking power at all costs. If you want to rule New York, you are going to need to play the city’s growing immigrant populations against one another. Help immigrant groups to gain political favors, then call in those favors to slander your rivals and win the election.

Tammany Hall was the political machine that dominated New York City politics by organizing the immigrant populations. While the organization’s influence spanned from its founding in the 1790s to its collapse in the 1960s, this game is set in lower Manhattan roughly between 1850 and 1870 – the era of Boss Tweed. 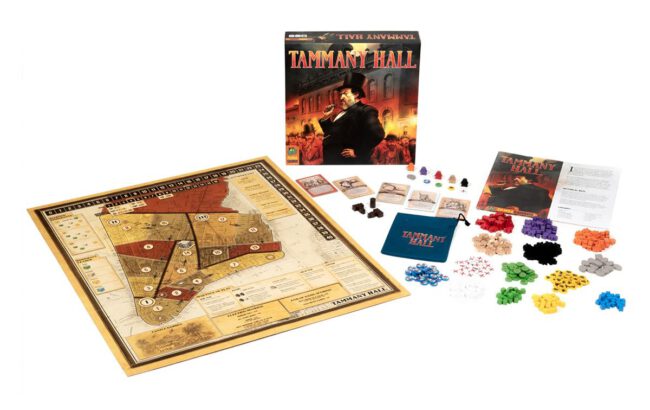