Fantasy Flight Games is adding to their  Tannhäuser system with The Shogunate faction. Tannhauser tells the tale of the never ending Great War as forces of the Union and the Reich battle on with powers of alien technology and occult magics.

As the war for the Western World rages on, an ancient force appears from the Far East. It is the Shogunate, and under its enigmatic leadership, Japan has invaded China and set its sights on the Matriarchy’s eastern provinces. But what is the Shogunate’s ultimate goal? And how will their emergence affect the already delicate balance of the Great War?

Fantasy Flight Games is pleased to announce the upcoming release of two new expansions for Tannhäuser, the board game of eldritch horror and heroism in the Great War! These two miniature packs are the first exciting expansions for the all-new Shogunate faction, an ancient warrior culture with its own shadowy agenda. 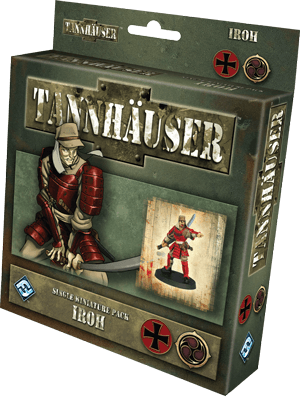 Iroh Minamoto, a seemingly immortal samurai warrior, cuts through the toughest of opponents. Need some backup? The Shogunate Troop Pack can reinforce your team with two additional figures. These versatile warriors can be the first of your future Shogunate forces, or you can ally them with your existing Reich team!

Tactical genius, diplomat, servant to the Imperial Throne… the dossier on Iroh Minamoto, often referred to as “the Daimyo,” continues to grow. No matter haw many times he is defeated, Iroh and his katana continue to return to the battlefield, unperturbed and ready for another fight.

This single miniature pack for Tannhäuser contains one painted Iroh figure with a character sheet, 12 game tokens, 11 equipment cards, and a 12-page rulebook that includes a dedicated scenario. Add him to your Reich team, or let him lead your Shogunate forces into battle! 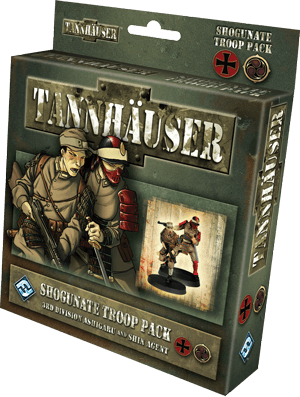 Through force and diplomatic guile the Shogunate has taken to the mainland. Divisions of Ashigaru march against the enemies of the Shogun Hatamoto, while highly trained agents of the elusive “Shin” use the cover of darkness to accomplish their goals.

The Shogunate Troop Pack includes one painted Ashigaru figure and one Shin Agent figure, each with character sheets. This, along with 24 game tokens, 17 equipment cards, and a 12-page rulebook with an included scenario, lets you add these versatile killers to your Reich or Shogunate team.

Head to our Shogunate website to learn more about this mysterious new faction, but beware: the Shogunate has revealed only a fraction of its true power. Keep watching over the coming months for more heroes, scenarios, and equipment for your Shogunate forces! 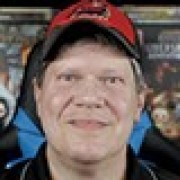