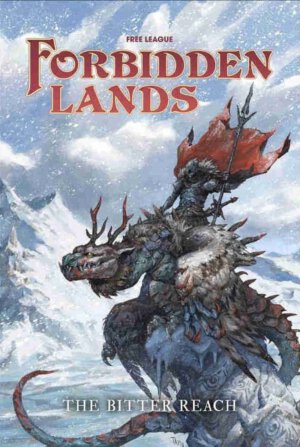 Free League Publishing will be releasing a major addition to the fantasy roleplaying game Forbidden Lands this June. The Bitter Reach adds a frozen northern area to the game world as well as a massive new adventure campaign, Wake of the Winter King. There’s no pricing information available just yet on the 320 page book.

Get ready for a long, cold winter. The Bitter Reach is a huge expansion to our multiple award-winning sandbox survival retro fantasy roleplaying game Forbidden Lands. The book is written by Magnus Seter and illustrated by Alvaro Tapia, with maps by Tobias Tranell and Niklas Brandt.

The book will expand the game world and includes new rules, monsters and encounters, as well as the complete Wake of the Winter King campaign. Beneath the ice and snow in the cursed lands north of Ravenland, an ancient power is stirring…