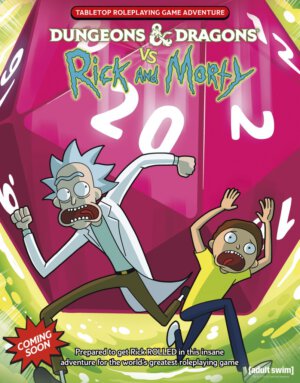 The world’s greatest roleplaying game meets television’s most dysfunctional family! What could possibly go wrong? Coming this fall, D&D has partnered with Adult Swim to bring this boxed set blending the world of Dungeons & Dragons with the mad narcissistic genius of Rick Sanchez’s power-gaming sensibilities, and it includes everything a Dungeon Master needs to channel their inner mad scientist and run a rickrolling adventure for up to 5 players, levels 1 to 3.

Score Epic Savings with a Legendary Games Bundle of Holding