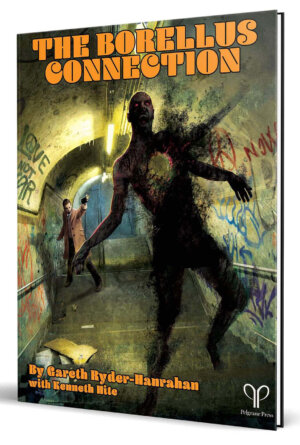 Pelgrane Press will be releasing the eagerly anticipated new campaign for The Fall of Delta Green this October. The players will embark on a globe-spanning campaign in The Borellus Connection. The 400 page hardcover will carry an MSRP of $59.99 when it arrives in October.

In 1968, in response to sinister influences that threatened to corrupt America from within and without, the Federal Government established a new agency – one that quickly acquired a reputation for ambitious operations overseas, for covert action, and for doing what had to be done, no matter the cost.

This new agency was the Bureau of Narcotics and Dangerous Drugs, the BNDD.

And within it – the forces of DELTA GREEN.

Trail of the White Powder

Hunt the Unnatural across the world! From the opium fields of Laos to the skies above the Pacific, from Turkish smuggling routes to the secret heroin labs of Marseilles, follow the trade in misery and fight the horrors along the way. Expose the criminal underworld – and discover that it’s inextricably linked with other secret realms.

Eight linked operations for The Fall of DELTA GREEN, each one playable as a standalone investigation or as part of an epic hunt for an infamous enemy! That is not dead which can eternal lie, and with strange aeons, even death may die…

The Borellus Connection is a campaign for Fall of Delta Green, using the heroin trade and the United States Bureau of Narcotics and Dangerous Drugs as a narrative spine. The campaign runs from South-East Asia to the Middle East to Europe, as the Agents uncover the sinister machinations of a necromantic cult.

Operation JADE PHOENIX (North-Eastern Burma): The CIA wants the Chinese-backed Shan warlord Li Bao Lung assassinated, and the Agents are tasked to escort a Marine sniper, Sergeant Adolph Lepus, to Li’s headquarters in the Wa state of northeast Burma, with orders to eliminate Li and return with proof of Li’s (and therefore Peking’s involvement in the opium trade. DELTA GREEN has identified one of Li’s advisers, Ming Yuan, as a Kuen-Yuin sorcerer; Li’s compound is a target-rich environment. The team must travel into Burma, avoiding detection en route, and penetrate the defences around Li’s compound to ensure Lepus has a clear shot on both targets.

Operation ALONSO (Saigon, Vietnam): The NBDD assigns the Agents to surveil a drug summit at the Continental Palace hotel between Unione Corse bosses and emissaries from Marseille. While there, DELTA GREEN wants them to ascertain the status of the Cthulhu cult in the Rung Sat region south-east of the city.

Operation HORUS HOURS (Hong Kong to Los Angeles, by air): Clues uncovered during ALONSO point to the existence of a heroin smuggling route running from Hong Kong to Los Angeles. The Agents have to hastily follow the couriers on the trans-Pacific flight via numerous stops and layovers, watching for the critical moment of the handover. 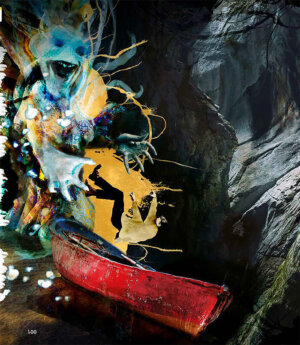 Operation DE PROFUNDIS (Bozuktepe, Turkey): Using a BNDD investigation into opium smuggling as cover, DELTA GREEN sends the Agents to investigate the suicide and disappearance of archaeologist Charles Whiteman. He was excavating a ceremonial site at Bozuktepe before mysteriously killing himself; his body vanished en route back to England. What did he bring up from the depths before he died?

Operation SECOND LOOK (Beirut, Lebanon): The Agents are sent in to surveil another drug deal and gather evidence; this time, an unreliable DELTA GREEN informant, Francois Genoud, is in the mix, and the Agents are ordered to remind him where his loyalties lie – but there’s more at stake here than they know, as sinister powers make a second attempt to uncover secrets of the Mythos…

Operation PURITAN (Munich, Germany to Prague, Czechoslovakia): The Agents follow Unione Corse heroin shipments into Munich, but while there, another DELTA GREEN case officer tasks them to investigate unnatural contamination of the CIA’s QK-ACTIVE propaganda broadcasts into the Soviet Union. Who is broadcasting elements of the Necronomicon from a CIA-backed radio station? Finding the truth sends the Agents on a desperate race into Prague.

Operation MISTRAL (Marseille, France): During the May ’68 riots, the Agents are sent to Marseille to investigate gang conflicts – and possible Unnatural activity in the troubled city.

and the mysterious Operation NEPENTHE…

Discover the essential truths of life and death. Face sorcerers with strange powers, or plunge through realms beyond comprehension. Choose your allies carefully, and trust no-one – not even yourself.

“I say to you againe, doe not call up Any that you can not put downe; by the Which I meane, Any that can in Turne call up somewhat against you, whereby your Powerfullest Devices may not be of use. Ask of the Lesser, lest the Greater shall not wish to Answer, and shall commande more than you.”

Designed by Kenneth Hite, written by Gareth Ryder-Hanrahan, the team that brought you the ZALOZHNIY QUARTET and the DRACULA DOSSIER are called up again to create a tale of sordid intrigue, cosmic horror, and desperate action against the Mythos!

Trail of Cthulhu: The Book of the New Jerusalem is on the Horizon

Preorder Fearful Symmetries for the Trail of Cthulhu RPG