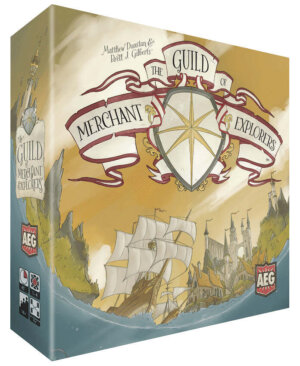 An interesting looking game of commerce and exploration is coming this Spring from AEG. In The Guild of Merchant Explorers, players travel across uncharted lands looking to establish cities for a trade network. The game will carry an MSRP of $49.99 when it arrives in Q2 2022.

In The Guild of Merchant Explorers, each player starts with one city on their personal map board.

Shuffle the deck of terrain cards, then reveal most of these cards one by one. Based on the terrain revealed, each player places on their board cubes that are connected to their starting city or other cubes. You want to complete areas on your board, cross the seas to new land, and establish new cities on the board.

You can explore capsized ships for treasure — which gives you special placement capabilities — and create linked connections between locations to score bonus points. Common objectives can be completed by all players, with those who complete it first scoring more points.

At the end of a round, all cubes are removed from each board, leaving only the cities behind, so if you don’t establish new cities, you’ll be stuck in the same places.

The Guild of Merchant Explorers contains multiple copies of six different maps, and the game is designed so that you can play remotely with one or more copies. 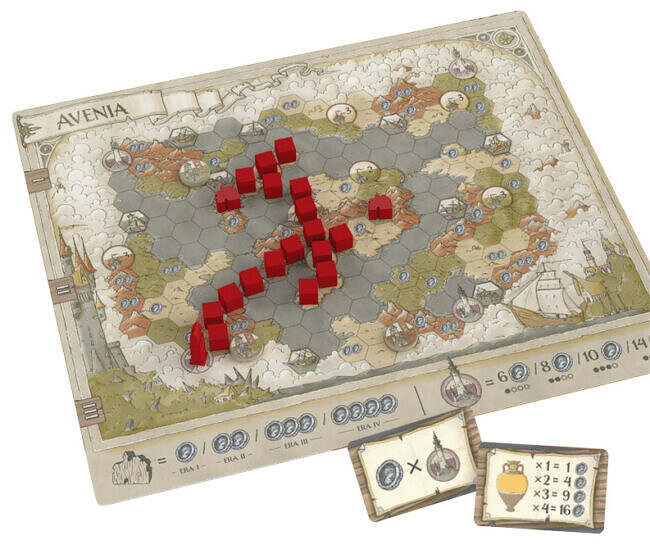