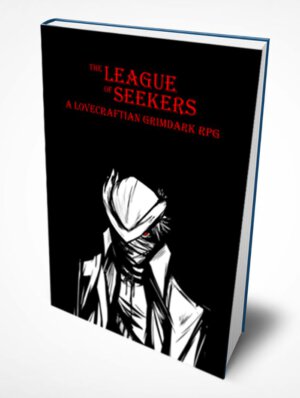 I stumbled across an intriguing looking Lovecraftian roleplaying game, from FGFantasy, which is currently up for funding on Kickstarter. The League of Seekers takes place in a grimdark alternate history setting of the late 18th century, as the characters are part of a secret society aiming to vanquish the forces of cosmic evil. The corebook is already over 200% past its funding goal and there are still some early bird PDF specials available at a $10.00 pledge level. The project will run through February 22nd with an expected delivery date of September 2018.

“It’s going to be a cursed moon tonight”. The carriage driver claims, and you follow his gaze to the red ringed moon hanging above the rooftops. “Be careful”. He continues.

As if on cue a blood-wrenching howl fills the night. The hairs on the back of your neck rise and the shadows seem to grow longer. You pull up your collar, grab your musket from the carriage and head into the darkness.

You are a seeker. and It’s time to hunt.

The League of Seekers is a horror RPG set in an alternate 18th century Europe, around 1762. The age of enlightenment has begun, science and religion jostle for control over the masses. A mad king sits upon the throne of England, monsters terrorise the peasants in France. The forests of Eastern Europe harbour beasts from folktales and legends. The Ottoman Empire has begun to lose its grip and to the south a sleeping god stirs, his dreams scratching at the thin veil that separates reality from the nightmare.

The characters are part of a secret society called The League of Seekers, invited because of their skills and knowledge. The characters are sent to vanquish the horrors, thwart cults, and banish the cosmic terrors that wish to control the world. The League of Seekers is part Lovecraftian and part folklore taken from the stories of H.P. Lovecraft and the stories and myths of Europe.

The setting draws influence from movies like Brotherhood of the Wolf and The Libertine, and computer games like Bloodborne. 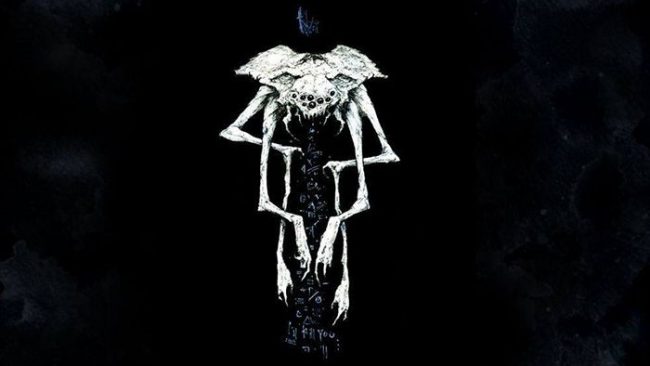