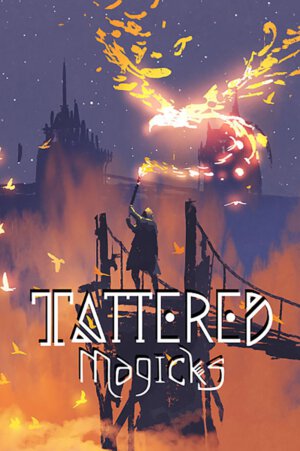 A fresh new roleplaying game of urban fantasy has arrived in PDF from Gallant Knight Games. Tattered Magicks utilizes a fast moving d20 system to bring a world of modern horror and fantasy to life. You can score the 149 page PDF at DriveThruRPG for $9.99.

Magick is coming back to the world. Are you ready?

Tattered Magicks is a tabletop role-playing game for telling tales of urban fantasy and horror where magick and monsters are real. This world is just like ours, but will soon be challenged by creatures of myth and legend.

You play everyday heroes exposed to the Hidden World, forced to confront creatures of nightmare and shadow alongside wonders you simply won’t believe. The world of Faerie exists, though it’s been closed away for centuries. And this time, the Fae want to take our world as their own.

Tattered Magicks uses the Inverse20 engine, a fast resolution system that utilizes a d20. Included are rules for creating characters, magick, and monsters, plus a starting scenario that provides a quick start to your campaign!

The rules are focused on enabling you to tell exciting stories around modern wizards, Faerie tales, Bigfoot, vampires, werewolves, and many other horrors. It was inspired by movies like Bright and Hellboy, and television shows such as Buffy the Vampire Slayer, Constantine, The Librarians, Stranger Things, and Warehouse 13.

Time to grab a handful of dice, some pencils, some players, and get ready for your next urban fantasy adventure!

IT’S TIME FOR THE WORLD TO GET MAGICKAL!