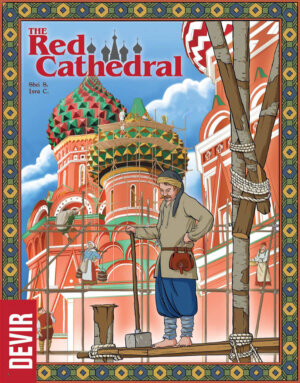 Devir Games has released The Red Cathedral. The new Eurogame, designed by Israel Cendrero and Sheila Santos, tasks players with building Moscow’s St. Basil’s cathedral while also looking to impress the Tsar. The game is for one to four players, ages 10+, plays in around 80 minutes, and carries an MSRP of $34.99.

Autumn is not the best time to climb up on a scaffold in Moscow, but it is still far better than doing so in the winter. Tsar Ivan wants to see results and our team will prove to him that we are the best builders in the city. We are sure to finish off those decorative arches with the brightest shining stones and ensure our place on the list of the government’s trusted workers.

Sheila Santos and Israel Cendrero make up the game designing duo known as Llama Dice. To date they have put out various titles with different Spanish publishers (1987 Channel Tunnel, Mondrian, Smoothies), and The Red Cathedral is the first game they have published with Devir. Pedro Soto (Holmes, Sherlock & Mycroft, Papua) and Chema Román (El mundo de Águila Roja) took care of the graphic elements of the game with a grand homage to Ivan Bilibin, an iconic Russian artist from the turn of the twentieth century. Despite being from a far later period, his mark is very recognizable in the game.

The Red Cathedral is a strategic, “Euro” board game in which the players take the roles of construction teams. Their job is to work together to put up St. Basil’s cathedral in Moscow, as ordered by Ivan the Terrible. However, only one of them will be able to gain the favor of the Tsar.

The Red Cathedral is a very accessible game with regard to its rules because it is very easy to understand the various levels of the game, but it remains very interesting with regard to strategy. It is sure to please those who are more interested in the challenge offered by trying to strategically optimize their position in each game rather than the complexity of the rules. 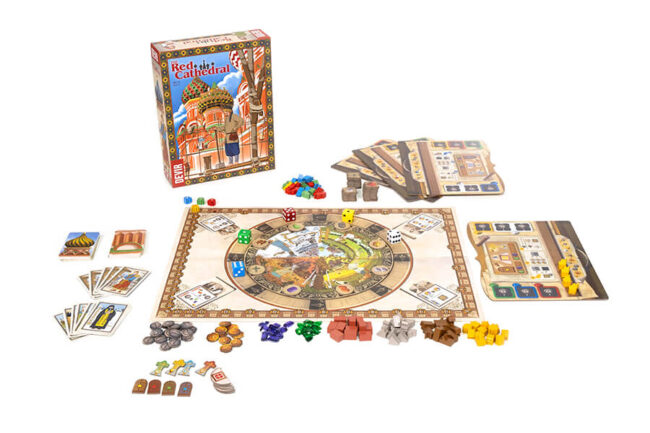