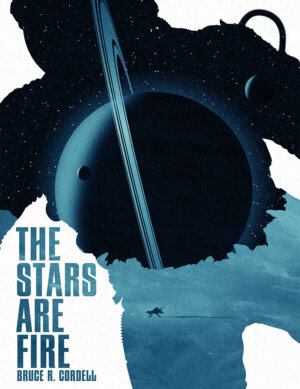 Galaxy-spanning space opera. Near-future hard sci-fi. And everything in between.

A starship of unknown provenance, adrift and powerless, falls into a nearby orbit. An alien disease causes people to slowly lose interest in life—then take root like a plant. An envoy from another dimension brings warning of a pending catastrophe—but what if its solutions are the real threat?
It’s your campaign. Where will you take it?

The Cypher System is the fast, flexible, elegant game engine that powers any campaign you can imagine. The Stars Are Fire adds creatures, rules, character options, loads and loads of gear, and other tools optimized for your science-fiction campaign. Plus a complete, ready-to-use hard sci-fi setting!