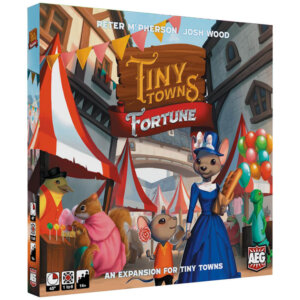 It happens to be a bit of a ways off but if you enjoy Tiny Towns, from AEG, like I do then you’ll be pleased to know we’ll see an expansion early next year. Tiny Towns: Fortune brings money into the lives of the little critters and additional wrinkles to game play with new buildings and monuments. The expansion will be for one to six players, ages 14+, play in around 45-60 minutes, and carry an MSRP of $29.99 when it arrives February 21st.

Tiny Towns, designed by Peter McPherson, puts you in the role of building a tiny town in the forest. The smaller creatures of the forest have created a civilization free of predators, and they look to you as mayor to guide their growing and thriving town. However, the area is small, and resources are scarce. The clever use of limited resources will determine the most successful tiny town.

In the expansion Tiny Towns: Fortune, the creatures of the forest have found a way to trick each other into thinking shiny bits of metal have arbitrary value. It’s very useful—so much so that you can use this thing called “money” to get other creatures to give you almost anything in return for the right number of shiny bits. If only earning money weren’t so difficult! 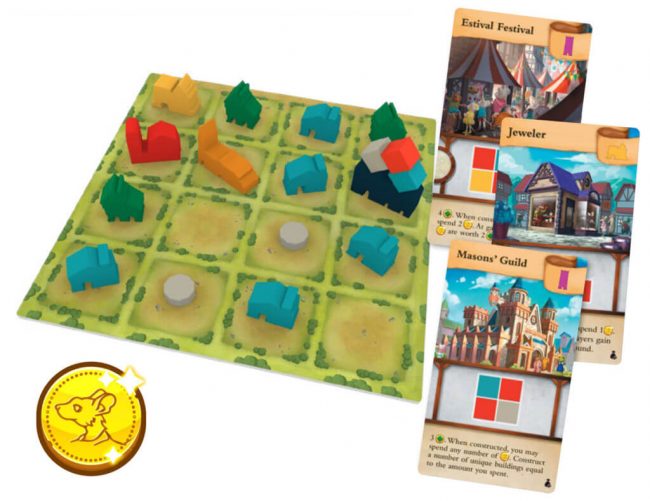