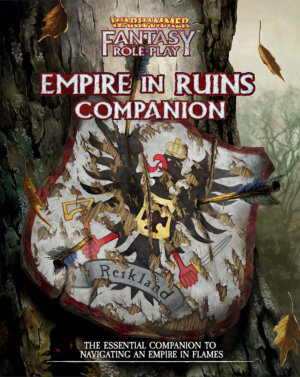 The final release in the Warhammer Fantasy Roleplay Enemy Within Director’s Cut arrives with the Empire in Ruins Companion. The sourcebook, from Cubicle 7 Entertainment, adds addition content perfect for the finale of the famed campaign as well as any WFRP adventuring. The 120 page PDF is available at DriveThruRPG for $17.99.

The Empire in Ruins Companion is the fifth and final of our five-part series of companion volumes to the Enemy Within campaign. The essential companion to campaigning in a shattered Empire is packed with supplementary material to not only expand Empire in Ruins but also provide an indispensable guide to any WFRP games set within the fractured nation.