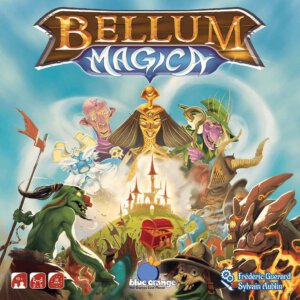 This Fall will see the release of Bellum Magica from Blue Orange Games. In the game, designed by Frédéric Guérard, players take the roles of evil warlords looking to battle the human kingdom as well as their fellow evildoers. The game is for two to five players, ages 10+, plays in 15 to 30 minutes, and will carry an MSRP of $29.99 when it arrives in September.

Recruit creatures, ranging from simple goblins to terrifying dragons, and assign them a task in your kingdom: some will go to gather resources and explore the surroundings, while others will join your army to attack the human kingdom and other players.

Collect chests full of treasures and become the richest and most powerful evil lord of all time!

But how to do it?

1. Choose an active horde: The Captain rolls the dice to define which horde will work today (with the possibility to make the Captain to roll again with one barrel resource).
2. Gather resources: Gather units of food at the level of your active horde capacity.
3. Call back scouts: Your treasure cards could make you win immediately Metal or Wooden chest!
4. Attack! Following the turn order (starting with the Captain in clockwise), each player can carry out one attack by choosing between attack the human kingdom or attack another player’s castle. (number of shield vs number of sword)
5. Recruit creatures to end the turn: Each player can recruit creatures by spending their food and symbols, recruit to have more resources and more chests!

The first player with 10 or more chests ends the game and the player with the more values in those chests wins the game! 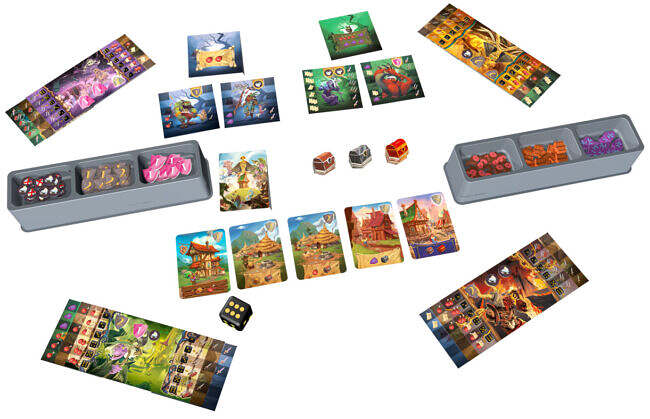