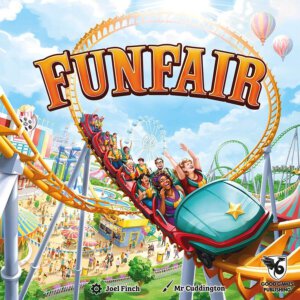 As opposed to creating a theme park which is dangerous and falling apart in Unfair, the new release coming from Good Games Publishing will task you with creating a popular and safe park. In Funfair, designed by Joel Finch, players will compete to draw the biggest crowds and create the most profitable theme park in town. The game is for two to four players, ages 14+, pays in 30 to 60 minutes, and will carry an MSRP of $40.00 when it releases on January 27th.

Can you build the best theme park in town?

Choose and build an exciting mix of attractions in your very own theme park. Upgrade them to match blueprints, or just to stack up towering rides that pull in the crowds and make the most cash. Hire staff members and build super attractions to maximise your park’s strategy for the win!

Funfair is a standalone game in the Unfair universe. It’s a lighter and faster introduction to Unfair’s ludicrously modular theme park building. With fast setup and gameplay, and only positive player interaction included in Funfair, it’s a fun family-friendly game. However, new goals, new cards, all new build strategies, and tight combos will give experienced gamers and Unfair fans plenty of challenge. 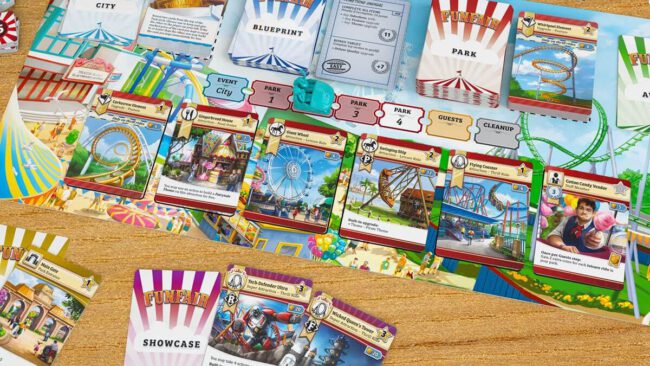