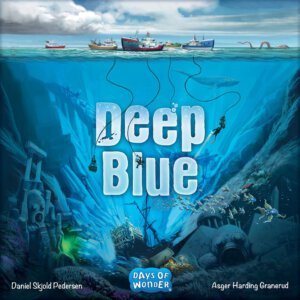 Days of Wonder has a family friendly title coming this Fall which takes players treasure hunting down into the ocean depths with Deep Blue. In the game, players will look to dive below the waves as each aims to recover the most booty from a variety of locations. Deep Blue is for two to five players, ages 8+, plays in around 45 minutes, and will carry an MSRP of $59.99 when it arrives in October.

Buying this fabled map was a stroke of genius. The most ancient, legendary, and extravagant underwater wrecks are waiting for divers. Diving suits and oxygen tanks are aboard, and the ship is ready to weigh anchor. There’s no time to lose! The increased hustle and bustle of the harbor, with ship captains attempting to hire the best divers and historians, can mean only one thing: Other captains have the same map, and the biggest treasure hunt of all time is about to begin!

Deep Blue is a press-your-luck and engine-building, family game in which players dive for wealth and may join and benefit from other player’s diving fortunes. In this game, players have to collect the right crew of divers, sailors, and archeologists, race to wreck sites to claim the best spots to dive from, and scout the seas to discover new wrecks. Players have to take risks if they want to be the most wealthy diver! 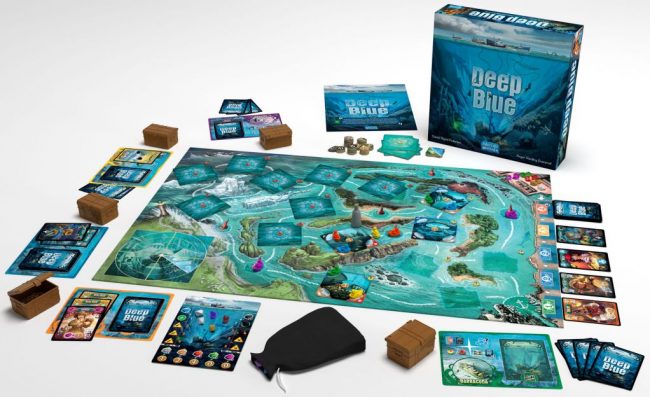