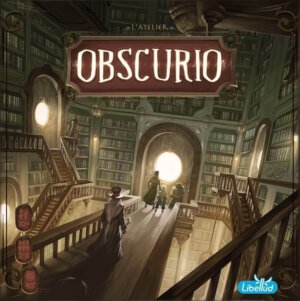 Libellud Games, in conjunction with Asmodee North America, will be releasing a family friendly cooperative game set in an evil sorcerer’s library. In Obscurio, players will work together to escape the library yet there’s also a traitor hidden in their midst. The game is for two to eight players, ages 10+, plays in around 45 minutes, and will carry an MSRP of $49.99 when it arrives in September.

The Sorcerer is out to get you! Find your way among the illusions, but beware of the traitor in your ranks!

The Grimoire guides their team towards the exit using images, upon which they point at certain details. Working together, the other players have to find the exit as quickly as possible while avoiding picking the wrong cards. However, a member of the team is a traitor looking to lead the other players astray. A wide variety of traps are on your way to the exit of the library, making player communication harder!

Obscurio is a family game, an original mix between an image-based communication game and a secret role game in which the players have to be careful when sharing ideas with their team. Supported by rich contents, Obscurio proposes a fresh new experience in its genre by putting the emphasis on the details of the images and the constant doubt created by the presence of the traitor.

Communicate efficiently and avoid the illusions on your way to escape the Sorcerer’s library! 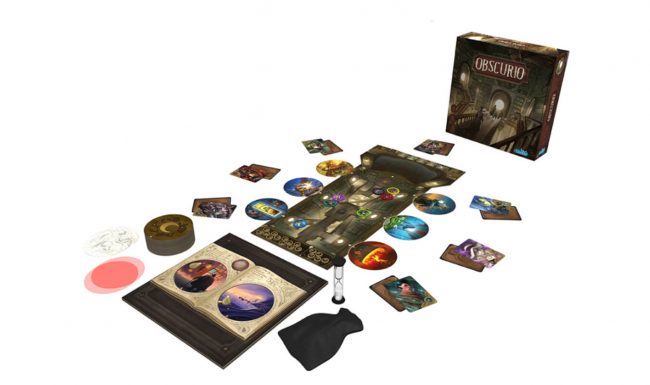