It’s Thursday so the means we’ve got free PC action from the Epic Games store. This week we’ve got a double dip with Absolute Drift: Zen Edition and Rage 2. Score these two games absolutely free through 10am CT February 25th. 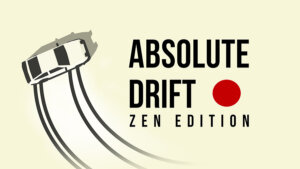 Drifting: The Art Of Sliding Sideways.

This is a driving experience like no other. Journey from apprentice to master drifter as you hone your skill in a gorgeous minimalist world.

Push yourself to the limit on drifting tracks and wild mountain roads while you work to unlock trophies and elite events. Compete against ghosts of the top players in the world, or refine your skills by out-scoring your own ghost.

Chill out to over 3 hours of original electronic music by C41 and NYTE as you challenge your driving skills at every turn until you finally master the art of drifting. 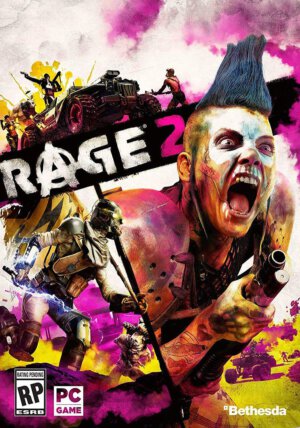 An asteroid has annihilated 80% of the earth’s population, and humanity’s numbers are dwindling.

Ruthless and bloodthirsty gangs roam the open roads and the tyrannical Authority seek to rule with an iron fist. As Walker, the last Ranger of the wasteland and a threat to their power, you have been robbed of your home and left for dead. Now you’ll have to rage for justice and freedom. With ludicrous vehicle combat, super-powered first-person mayhem, and an open world full of emergent madness, you will tear across an unforgiving wasteland battling sadistic gangs to find the tools and tech needed to crush the oppressive rule of The Authority once and for all.

RAGE 2 is a first-person shooter in an open-world, post-apocalyptic setting.

Players assume the role of Walker, one of the last survivors of an attack on the secluded enclave known as Vineland. Players have control over some of Walker’s characteristics such as their gender, skills and attire.

Walker wields various firearms and tools to fight against enemies, including traditional guns like a shotgun and pistol, the boomerang-like Wingstick and sci-fi weapons like the Grav-Dart Launcher. Over the course of the game, players will acquire new skills and abilities, like Overdrive, which significantly increases the power and effectiveness of their attacks, Shatter, which pushes back enemies, and Slam, which propels Walker in the air before slamming down onto enemies, dealing damage and throwing them back.

RAGE 2 also features vehicular combat and racing, with the player being able to drive any vehicle in the game world.