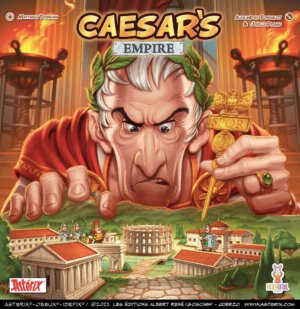 Later this year will see a new light strategy game, designed by Matthieu Podevin, from Holy Grail Games and Luma Imports. Set in the world of the Asterix comic book, Caesar’s Empire will task players with connecting a variety of cities to ancient Rome. The game is for two to five players, ages 10+, plays in 30 to 60 minutes, and will carry an MSRP of $49.99 when it arrives in Q4.

The one who brings the most glory to Rome will be richly rewarded! Caesar’s Empire is a Eurogame about building roads, set in the world of the beloved comic series Asterix. However, instead of playing as one of the indomitable Gauls, players will be siding with the great Julius Caesar! As members of the emperor’s entourage, they have been tasked with expanding the limits of his empire. In Caesar’s Empire, players build Roads to connect Rome to new Cities across the player board.

Caesar’s Empire uses a simple network-building mechanic. Each time you build a Road, you must connect Rome to a new City by placing one or more of your Road pieces onto the game board. You may build your Road anywhere you like on the board, as long as you start from either Rome, or a City whose token has already been taken. This means you may be continuing a Road started by another player!

Each time a player reaches a new City, they score points, and Cities provide City and Treasure tokens that will be worth additional points at the end of the game. The game ends when Rome is connected to every City on the board. After adding the value of the City and Treasure tokens they collected to the points scored during the game, the player with the most points wins! 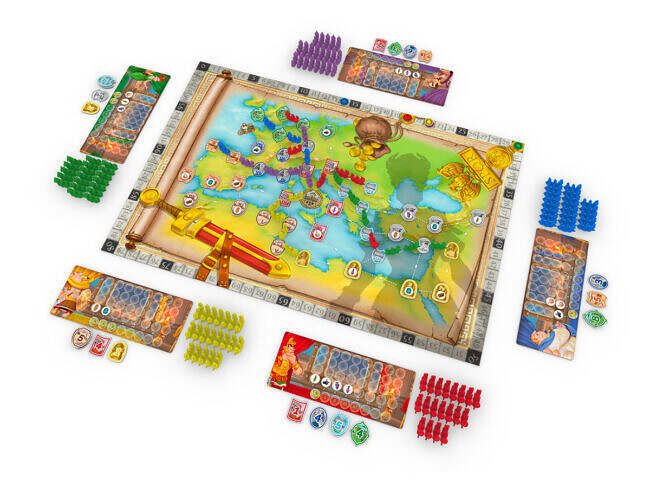