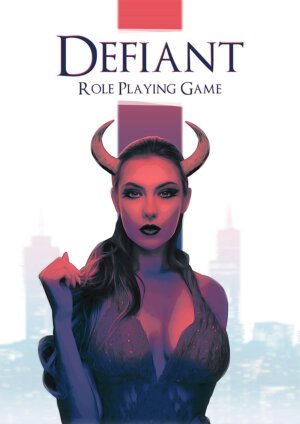 A very impressive looking roleplaying game of urban fantasy and the supernatural has arrived from Game Machinery. Written by Katarzyna Kuczyńska and Marcin Kuczyński, Defiant places the players in the roles of modern day super-naturals who band together in order to protect humanity during an apocalypse. It looks like the RPG is for more mature audiences and the massive 660 page PDF is available right now at DriveThruRPG for $19.90.

Defiant RPG is an urban fantasy game about the mighty, modern-day supernaturals, who rebelled against their destiny and, instead of destroying the world, decided to protect it. By enforcing a demanding set of rules, the Defiant aristocracy empowers protective seals around their cities, making them the only safe-havens in a world ravaged by the Apocalypse.

The Player Characters are the Defiant blue-bloods, leading the supernatural society of fallen angels, demons, ancient gods, and dragons. They are powerful rulers, with their own Holdings (like clubs or luxurious mansions) and faithful subjects.