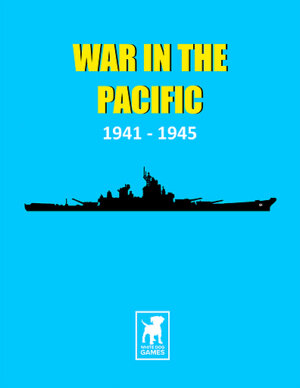 Grognards who fancy a bit of WWII gaming will want to take note White Dog Games has released Steve Pole’s War in the Pacific 1941-1945. It appears each side will utilize resource points and random event cards to drive much of the action. The game is available in boxed, folio, and print and play formats with the boxed edition carrying an MSRP of $48.00.

On a side note, the only testimonial blurb on the product page comes from a gamer in New York claiming the White Dog laser cut counters are a lot better than those of Victory Point Games. Someone might want to inform Michael W. Kennedy many of his customers are probably no doubt also fans of VPG. Game companies are better served sharing the laurels their own titles receive as they goe a heck of a lot further for promoting sales than sharing one individual’s perceived lack of quality being produced by the competition.

WDG is pleased to announce the publication of Steve Pole’s War in the Pacific 1941`-1945. The game allows players to replay the conflict between the Empire of Japan and the Allies in the Pacific Theater of World War II. WIP is a campaign game on a grand strategic scale. Random event cards reflect the major political and technological changes and events which occurred during the War; depots are used to stress the crucial importance of logistics; and there is a mechanic that generally effects simultaneous movement (campaigning). The heart of WIP is the use of Resource Points which players spend to conduct their campaigns. The Japanese player starts with more RPs and is his challenge to use them effectively in the first months and years of the war before the immense resources of the Allies kick in and begin to be felt.

Game components include the following: 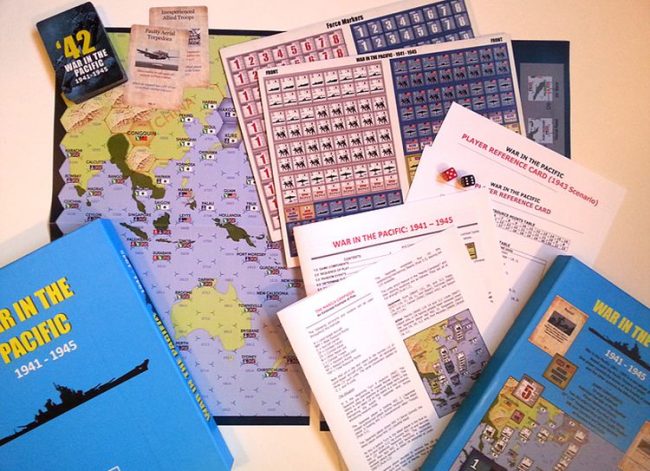 Tackle the Miracle of Dunkirk Solitaire with ‘A Spoiled Victory’