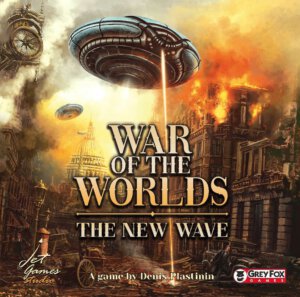 An upcoming two player title which has really caught my eye should be making a Gen Con appearance for Grey Fox Games with retailers to receive copies this Fall. In War of the Worlds: The New Wave, one player takes command on the U.K. defense forces while the other player leads the Martian invaders who are returning for a second go at trying to conquer Earth. The title promises asymmetrical game play and plenty of chaos to keep both opponents on their toes. War of the Worlds: The New Wave is for two players, ages 10+, plays in around 45-90 minutes, and will carry an MSRP of $39.99 when it arrives September 24. The Irish Sea expansion will release on the same day and carry an MSRP of $14.99.

War of the Worlds: The New Wave is an asymmetrical deck-building game with a playing board for two players. The game events unfold several years after the original “War of the Worlds” story by H.G. Wells.

The extraterrestrial invasion is occurring once again, but this time the Martians have arrived on a giant spaceship that lands in one of the backwater districts in Scotland. During the game, one player commands the alien forces, and the other one leads the UK self-defense units. The main objective of the invaders is to completely annihilate the population of Great Britain, while the opposite side needs to deal enough damage to the Martian army.

The game is played with two asymmetrical decks of cards, a playing board, tokens, and miniatures. 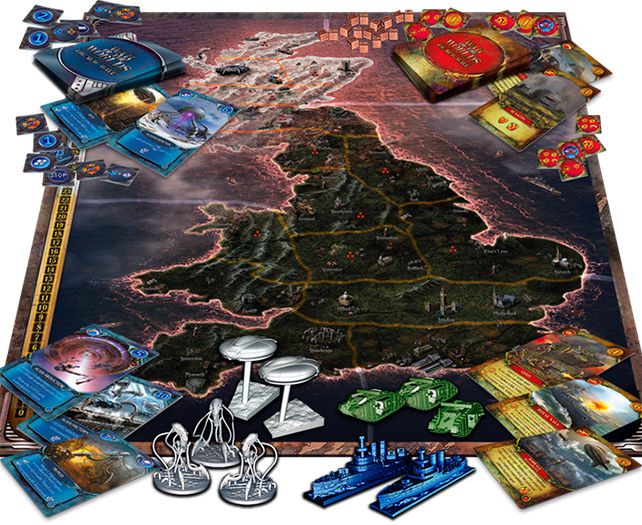