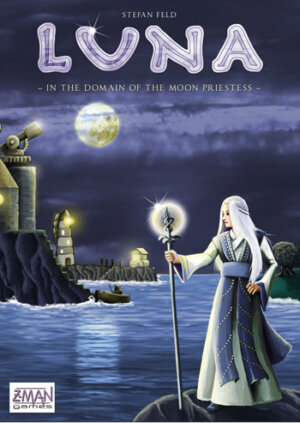 Due out this quarter, Luna from Z-Man Games (designed by Stefan Feld) looks to be a gorgeous game. It is a worker placement/scoring game in which 1-4 players compete to see who will become the next Moon Priestess.

The current Moon Priestess is retiring you see, and everyone is moving into position to replace her when she is gone. Each game consists for 6 rounds in which the players move their novices around to strategically score the most points. The “Board” is actually a group of boards consisting of one main Temple Island and 7 smaller “Holy Isles”. Each game takes roughly 90 minutes, and the rules even feature a solo version.

Production has been pushed back several times, but the game should be out in the first quarter of 2011. 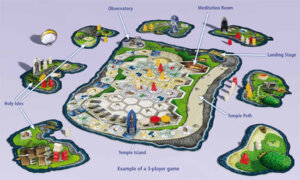