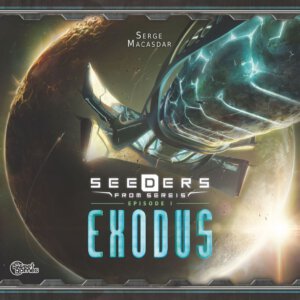 May 2020 will see the North American release of the science fiction game Seeders of Sereis: Exodus from WizKids. As the first in a planned series of ten games, players will work to design and build giant ark ships to transport a doomed populace to a new home across the stars. The game is two to four players, ages 13+, plays in about two hours and will carry an MSRP of $74.99 when it arrives in May.

Seeders, Series 1: Exodus is the first game of a serial of ten set in this universe. When an unknown force threatens to render their home uninhabitable, the Seeders must build arks — giant colony ships — to ensure their survival. Players work to create the most promising design to be chosen for production. Each turn players draft cards into their hands as cards are laid out on the board. Players strategically place negotiator chips between the cards they want, using their alignment and position to determine who has the most influence over a desired card. Once all negotiators and tokens are placed, influence is calculated and the winners of each card is determined.

Once obtained, cards can be played for points, adding value to your ark, or discarded for resources. Each card represents a different component of the ark — locations, items, personnel — and players will find unique synergies between cards as well as their player color’s unique power. Asymmetry and complex interactions add layers of strategy that lead to a unique experience each time you play. 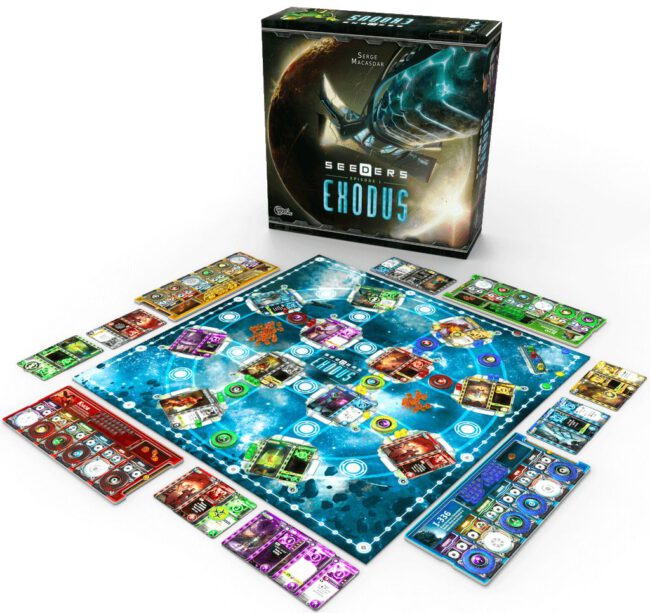