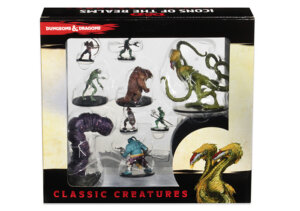 The latest boxed set of pre-painted Dungeons and Dragons miniatures is marching into stores from WizKids. The D&D Icons of the Realms: Classic Creatures Box Set contains really impressive pre-paints which draw inspiration from the original D&D Monster Manual. You can score the boxed set at an MSRP of $79.99.

Add the approximately 4″ tall, two-headed classic Demogorgon to your Dungeons & Dragons roleplaying game and hypnotize adventurers like never before. Or surprise your party with a gigantic purple worm, hungry and ready to make any creature its next meal.

The D&D Icons of the Realms: Classic Creatures Box Set commemorates the original fantasy roleplaying game that kicked off the entire industry. 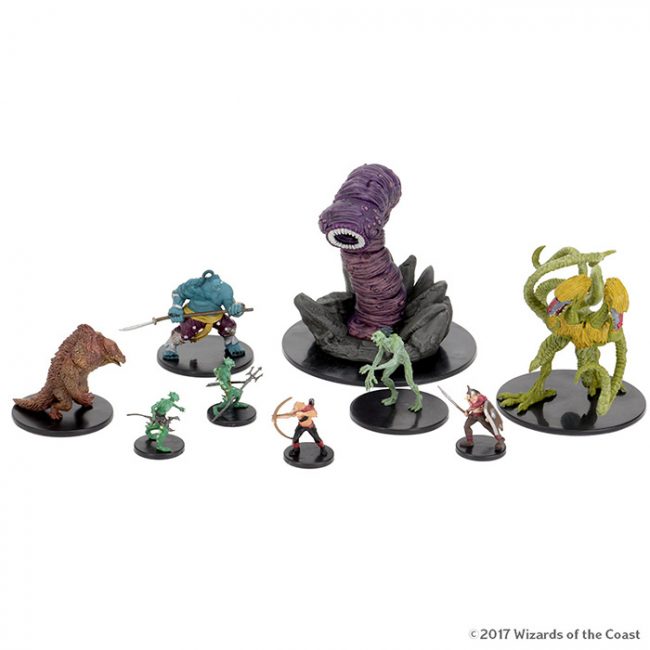